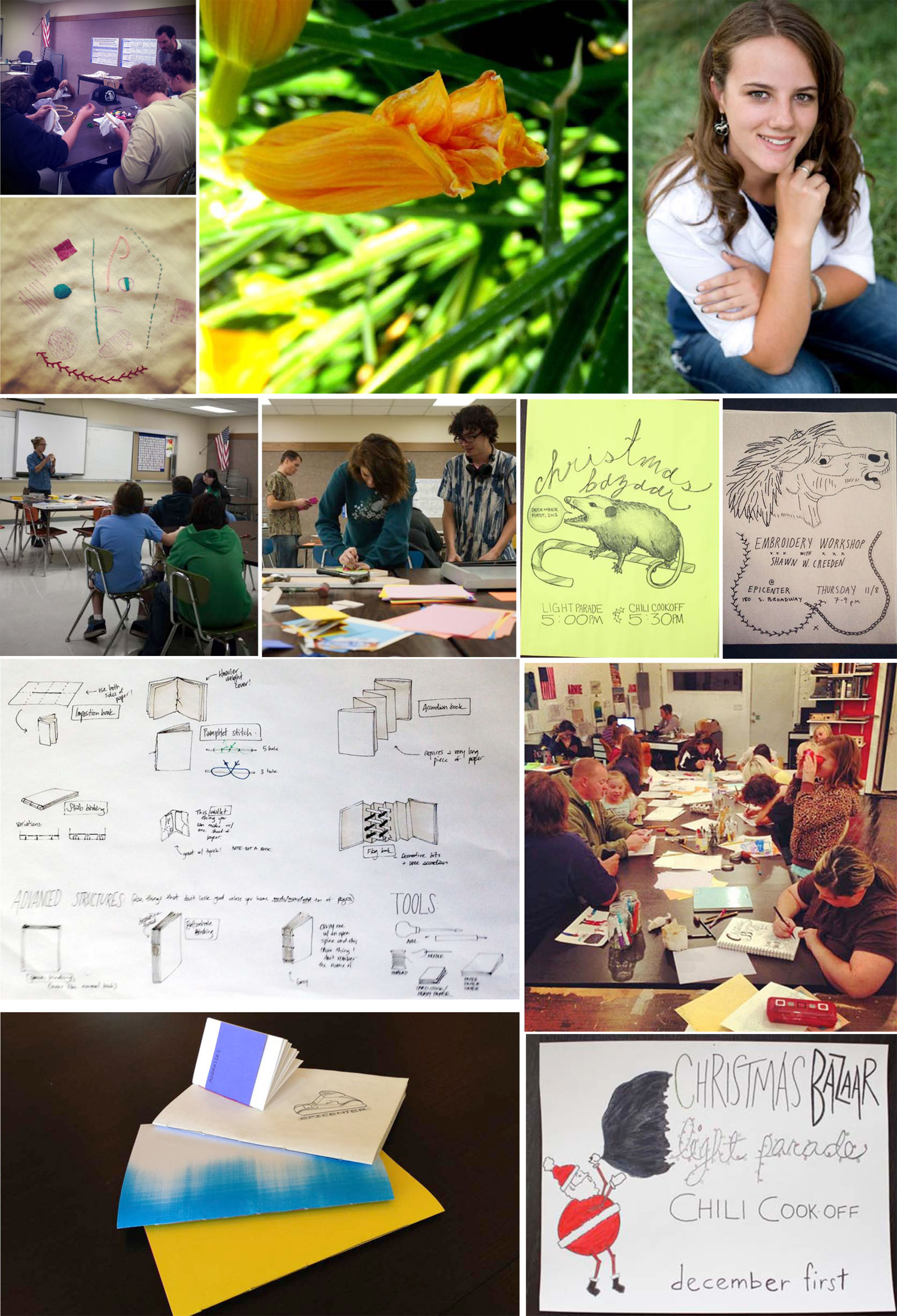 Last year, we consolidated aspects of our services and resources into the Arts & Culture Experience (ACE) Program with help from funding through the United Way of Eastern Utah. Previously, the Frontier Fellowship was a 4-week artists-in-residence program that engaged the community on low level, we sporadically held art/design workshops at Epicenter and at Green River’s High School, and the high school internship was simply an idea. Six months into ACE, the Fellows teach art/design workshops at Epicenter and in the high school and/or mentor teen interns interested in the arts. So far we’ve held nine workshops and hosted two interns. Additionally, the Fellows are still fully able to complete their own projects outside of community-based work.

In 2013, Epicenter has already received 20 applications for visiting artists-in-residence (Frontier Fellows), and we’re still receiving applications. Over the next two weeks we’ll schedule our Fellows. One of the major factors in acceptance or denial this year is the artist’s past experience in mentoring teens and/or hosting arts workshops. We feel confident that we’ll have seven Frontier Fellows in from March to November of 2013. We’ve already scheduled Fellows and art/design workshops in January, February, and March.

This month, Epicenter will host a Linoleum Printing Workshop that’s open to all ages (those under the age of 13 require an adult). Epicenter will also teach 2-3 Linoleum Printing Workshops in the Green River High School art classes in late January or early February. These classes will be taught by Epicenter staff and AmeriCorps VISTAs, Ashley Ross and Maria Sykes. More details on these workshops can be found on our Facebook page.

From February – March, we’ll have two returning Frontier Fellows (Nicole Lavelle and Sarah Baugh of Portland, OR) working on creating a community newspaper with teen interns and through hosting workshops at Green River High School and Epicenter. Through this project, workshop attendees and interns will learn about layout design, interviewing, transcribing, historic research, utilizing local resources (e.g. the Green River Archives), writing, photography, illustration, and the newspaper printing process. A very detailed lesson plan is available for this project upon request.

During the second week of March, University of New Mexico plans to be in Green River specifically to work with our ACE Program. Their project will focus on creating inflatable architecture/sculpture, learning about local agriculture (specifically seeds), and filmmaking with teens. This project will be lead by a UNM Art professor (Catherine Harris), 12 university students, and 2-3 GRHS teachers. At the end of the week, there will be a final show of the inflatable architecture/sculptures and projected films.