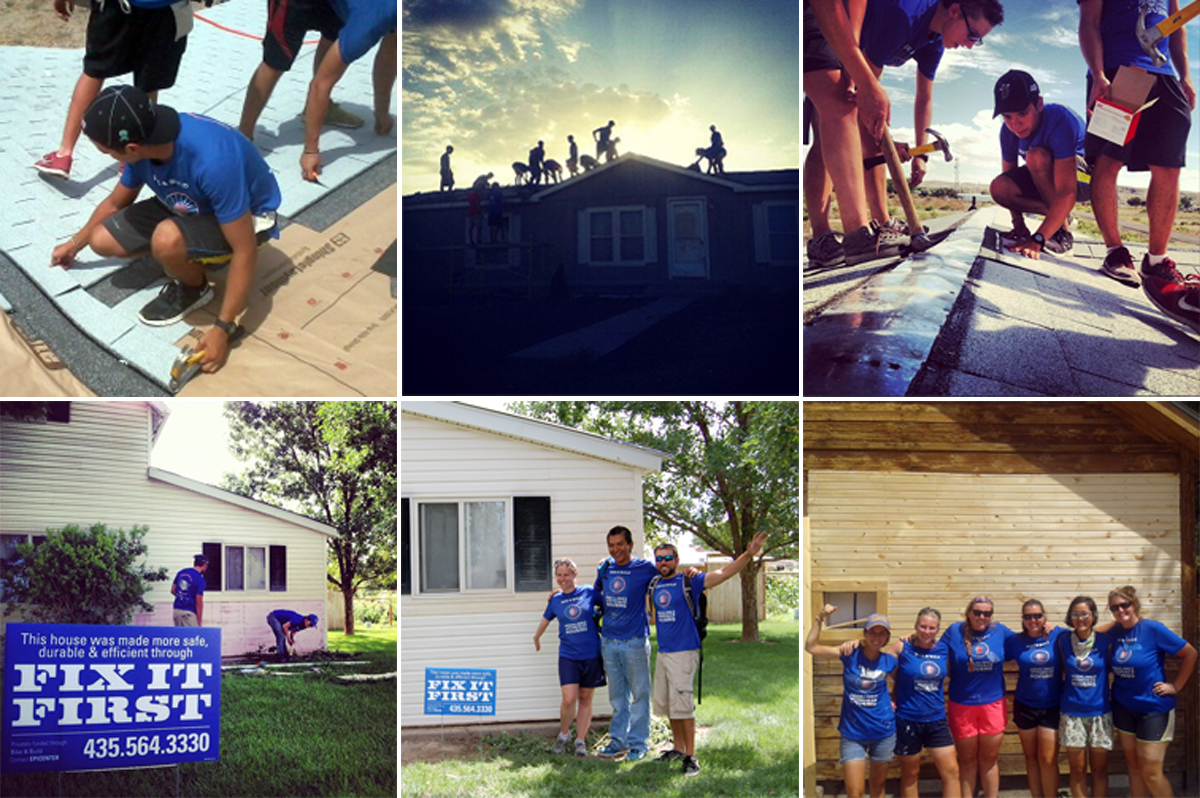 Earlier this month the Epicenter was visited by Bike & Build, a group of 30 young adults biking across the country from Providence, RI, to Half Moon Bay, CA. The group stopped for a build day, one of only thirteen on this route, in Green River to work on three Fix It First projects and help with a Boys and Girls Club of Green River event.

In project 004, a group of six with Fix It First staff, Steph Crabtree, replaced wood siding on an elderly woman’s home. The siding took the place of a large west facing window that was broken and making the home very expensive to cool in the harsh summer months. The window was removed and filled in on a previous work day; more recently, the wood siding was matched as closely as possible and installed with the six Bike & Build volunteers. Two windows with broken panes were also prepped for their replacement on a later date. 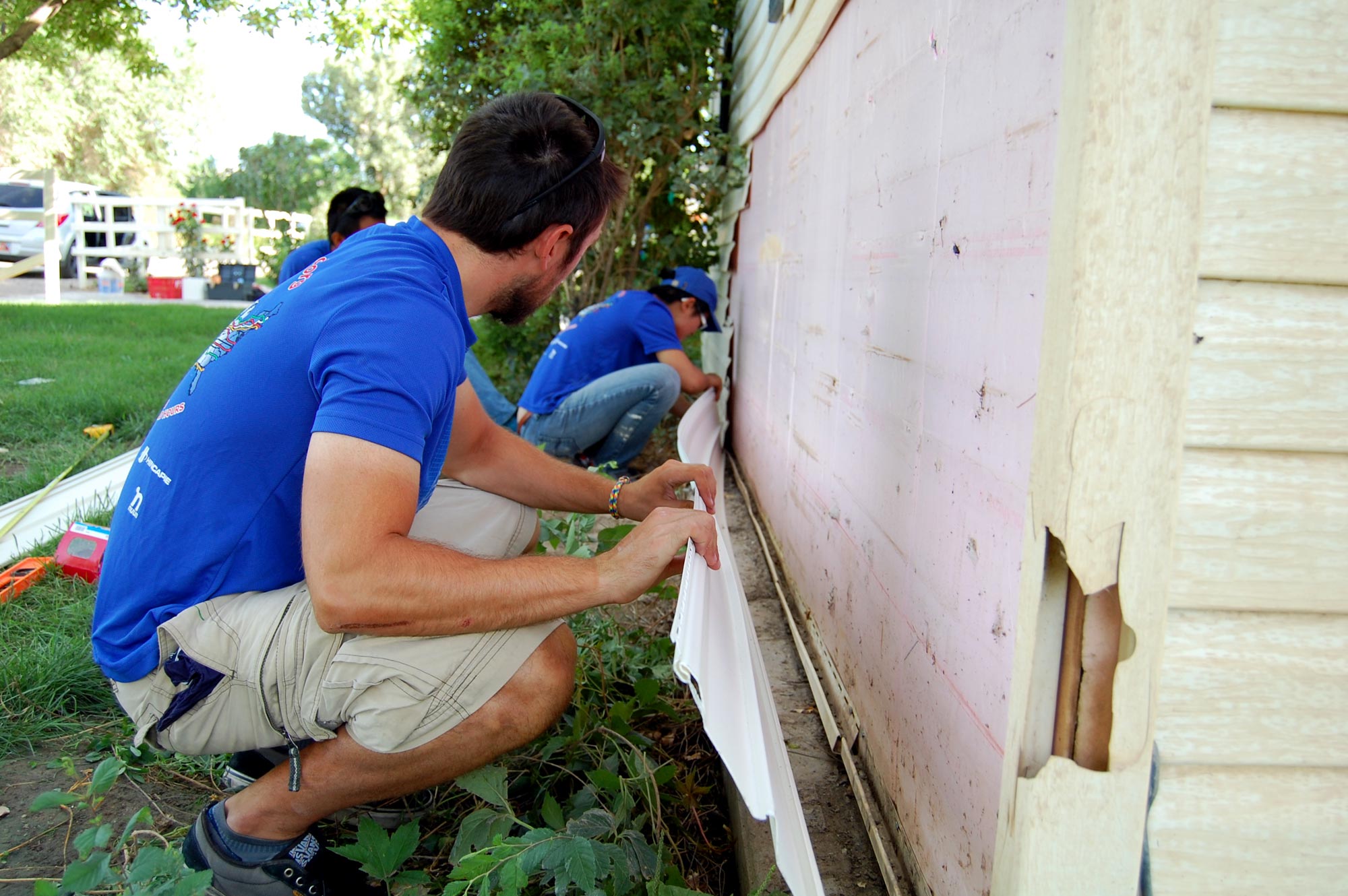 Project 010 was very similar to 004 with the replacement of siding a main concern. In this case, the siding was vinyl and had been melted in an attempt to unfreeze an elderly veteran’s water line. Upon the initial home inspection by Fix It First staff, the siding was found cracking and falling off of the western side of the veteran’s home. This exposed the home’s insulation to the elements such as the harsh rays of the sun or water. The new siding was ordered to match the existing siding as closely as possible and was replaced by another group of six Bike & Build members lead by Fix It First staff Dan Teed. Two windows (with a total of three window panes) were cleaned and prepped for their replacement on a later date in this project as well.

The final Fix It First project that Bike & Build participated on took eighteen young adults and put them on the roof of a single mother’s home. The home is less than ten years old and the west side of the roof was missing a number of shingles due to the high winds that the home has faced. It was decided that the east side of the roof was good enough to leave as is, while replacing the west side’s water/ice shield, underlayment, and shingles. The work began early in the morning to beat the heat and started with the deconstruction of the old roof down to the sheathing. Once the deconstruction was complete the water/ice shield was carefully placed in the appropriate areas followed by the underlayment. The shingle laying was next and went quickly with all eighteen volunteers working with hammers in hand. Along with the Fix It First projects, Bike & Build volunteers also helped with the Boys and Girls Club of Green River’s event, Just Add Water.