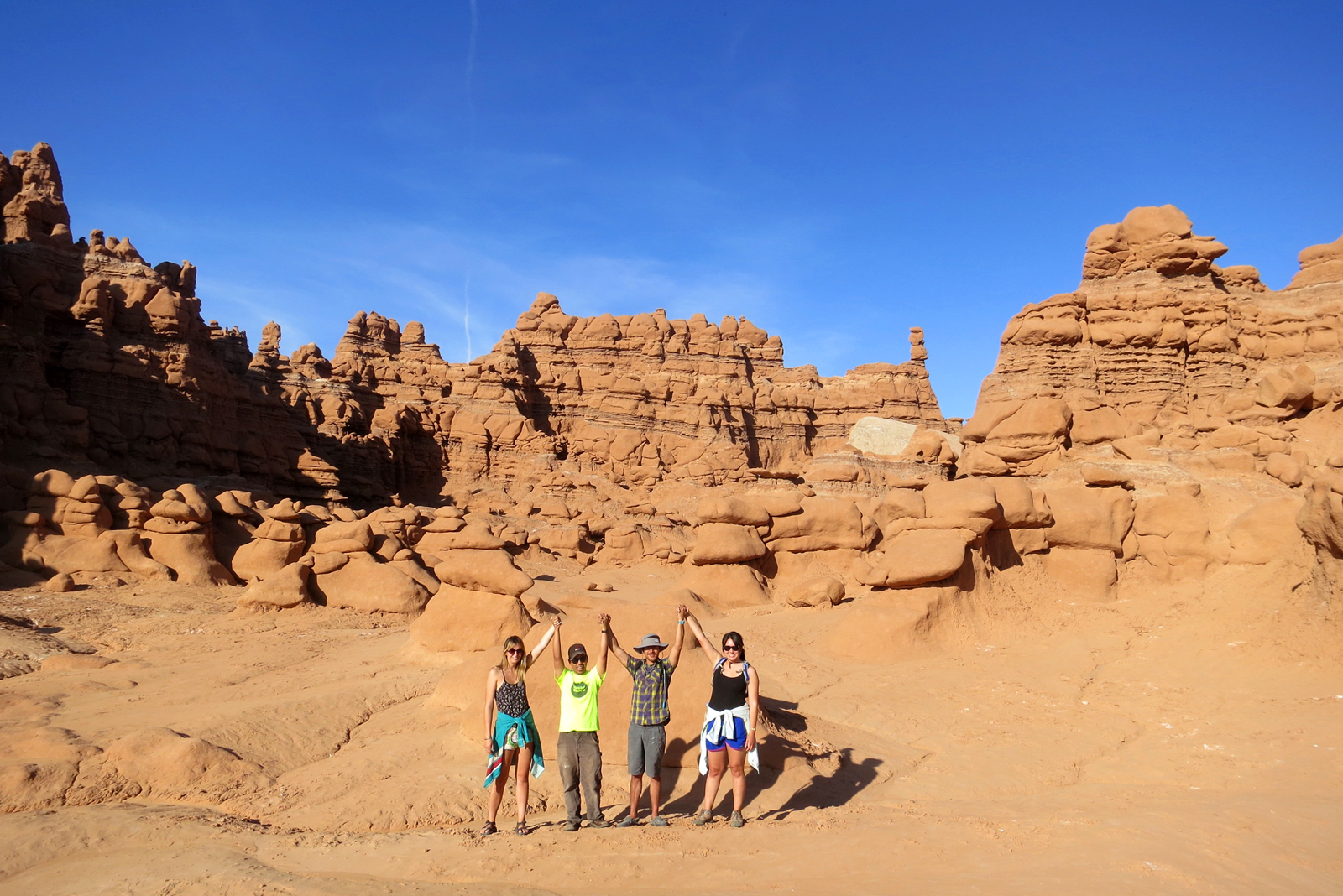 1) I learned which street to turn on based on the business signage on Main Street. The street signs in Green River are either very small or nonexistent, and, when trying to acclimate, I quickly learned how to get to the places I wanted by orienting myself by landmarks. For example, I lived on Sleepy Hollow street. The Epicenter was on Melon Vine road. You could get to Maria and Chris’ house by turning onto the Chow Hound road. There was one house I only ever went to directly from the Epicenter until my final week here, and I was flummoxed on how to get home directly from that house. It’s possible to get lost in a small town. Habits form quickly. 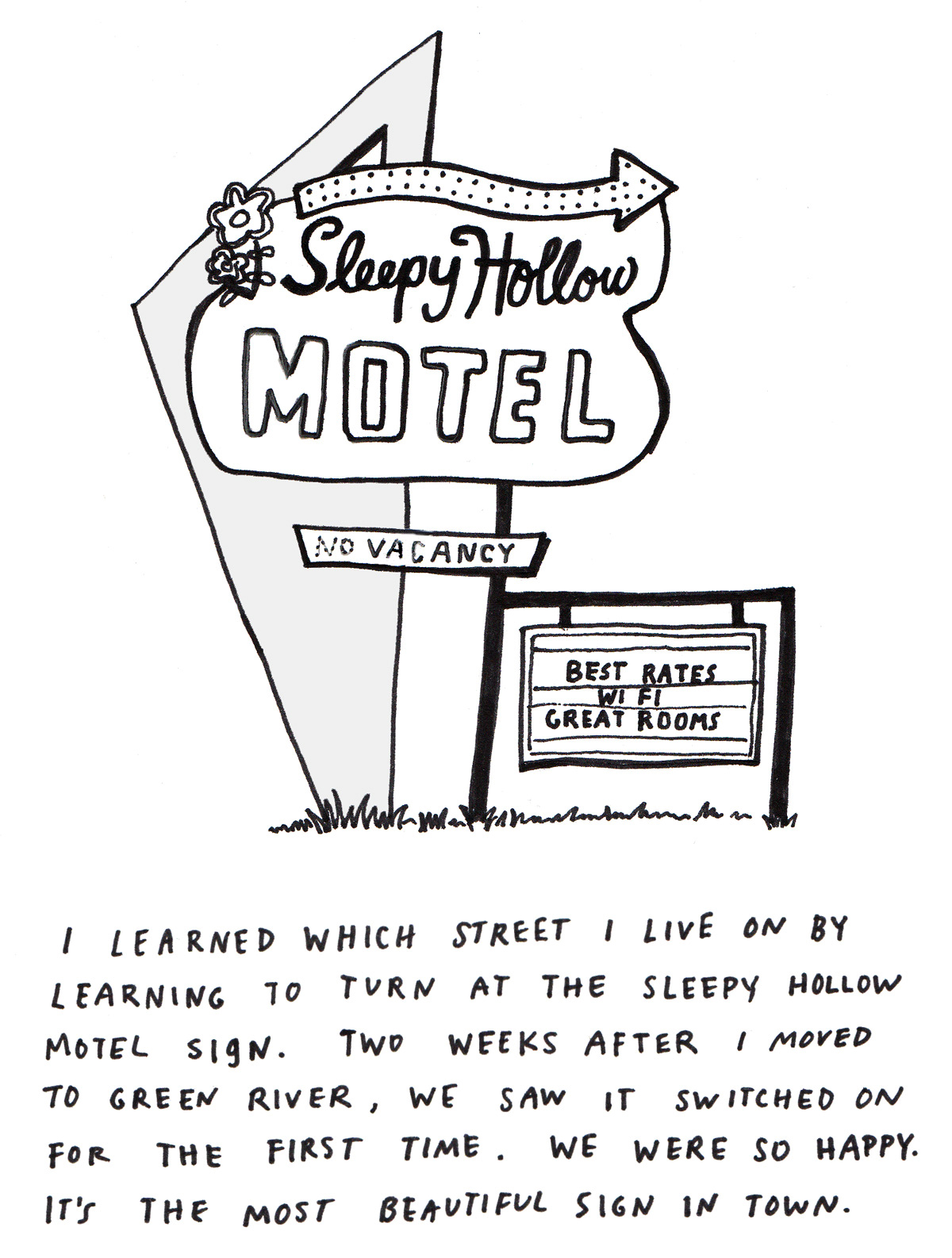 2) I brought my car to Green River, mostly because I was continuing my road trip after my Fellowship finished. I assumed it would sit at the house, taken out only for weekend adventures, since I was told the town was so small, I could walk everywhere. That statement is true (minus the Green River Stables where I would start volunteering and riding halfway through my time here) and yet, I found myself driving even the shortest of distances, joking about my 45 second commute. Today at the Epicenter there are 6 people working here and 6 cars out front. Habits form quickly.

3) When I got to Green River, I tried to keep this definition of a designer in the forefront of my mind: “the person who defines the conditions” (from Studio Moniker).So I defined a condition right away: I would document the sky from a certain point every day that I was here. Then to put even more rules on the project (I like rules–they help you focus on the process), I decided to take the photos of the sky from the same place everyday–the hill behind the Epicenter where the sculpture, “Ratio”, stands. It manifested itself into a website, where the user can view each day by a sky photo or a landscape photo, taken within seconds of the other. 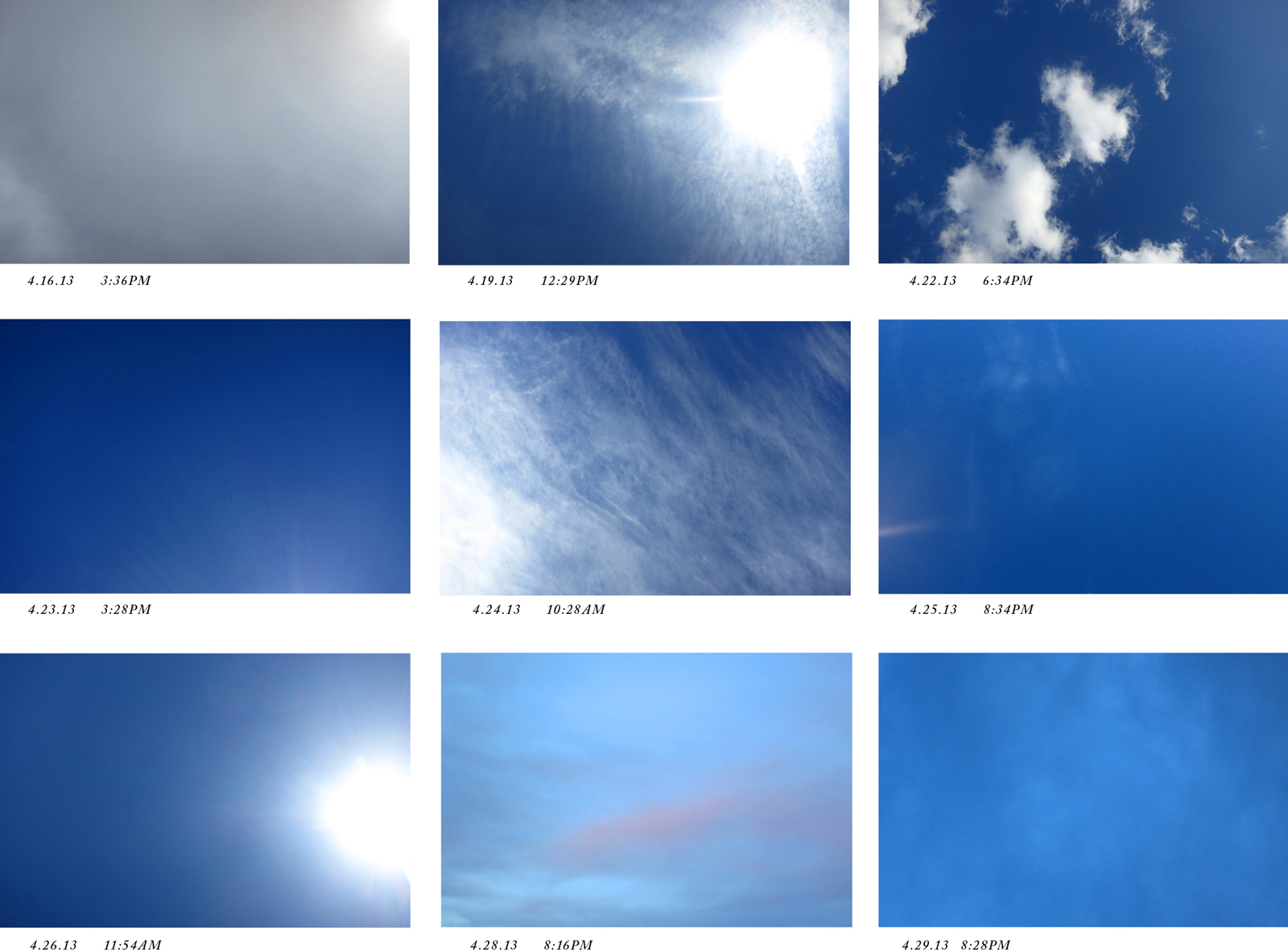 4) To prompt myself to get pen on paper, I started to make drawings of everything I had bought in Green River, and only Green River. Another strict process, wherein I started to a) patterns of how much food I ate and bought (so much Chow Hound coffee!) b) the extreme amount of text on packaging c) the vernacular of Utah brands and food presentation. I didn’t think it would last much longer than a week, but I did it for three. 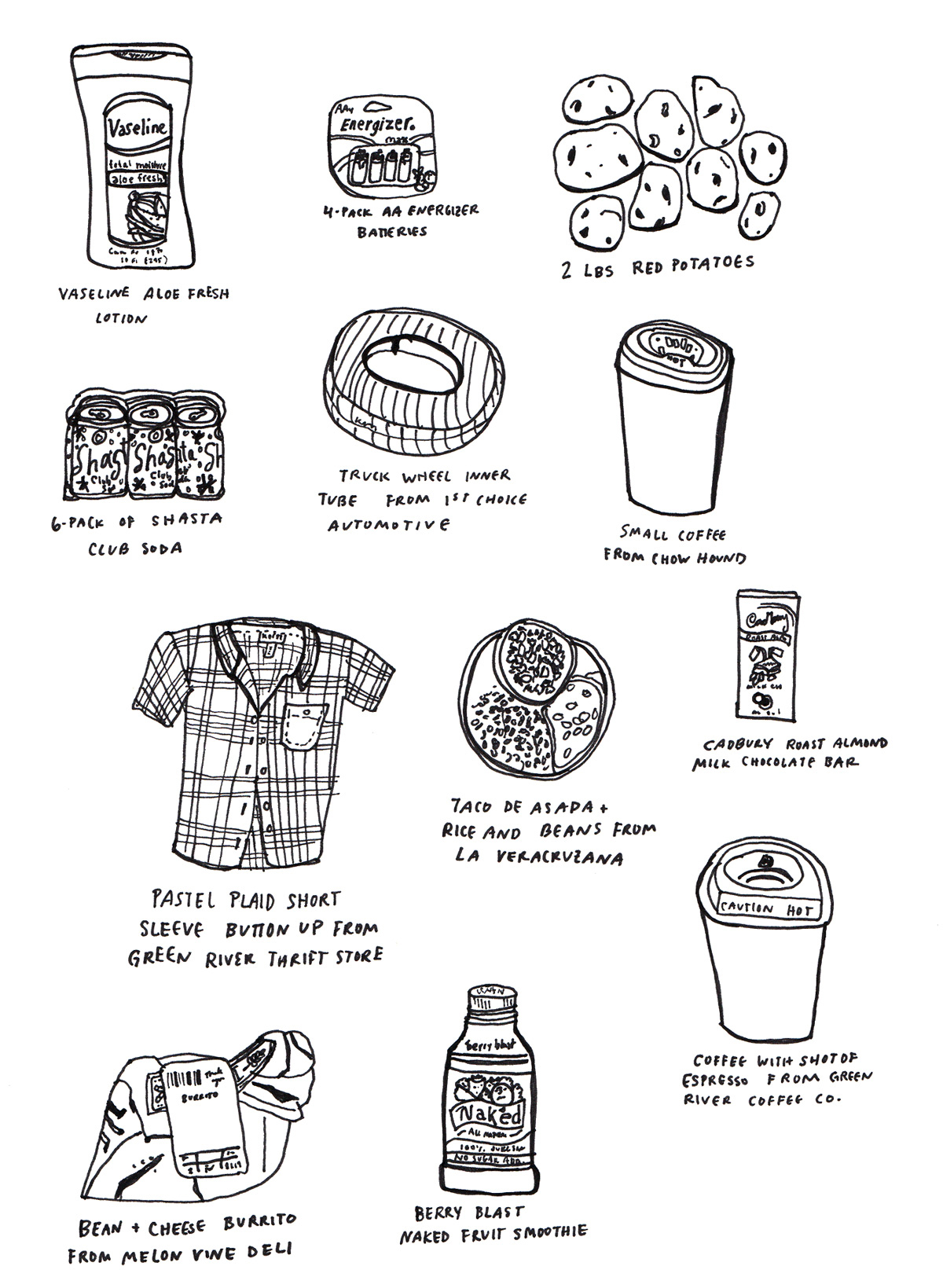 5) Some things I loved throughout my stay: adventures, camping, family meals, petroglyphs, beginning to recognize faces everywhere, The Book Cliffs, and being here.

6) A flashback, written the first week I was here (and cut from my final Frontier Fellowship project, a chapbook full of drawings and short writing):

“During my first week in town, we went to a fundraiser in the city park for two fellas whose trailer burnt down the week prior. I gave my $5 donation to two high school girls who were sitting at a table with a cash box and two baby dolls in carriers by their feet. They kept tucking the blankets more tightly around the dolls. They track temperature, the girls explained.

“Entering the line, my upturned bun was filled with a small scoop of homemade sloppy joes by a young girl who could barely reach the handle of the ladle. The potato salad was dished up by a husky boy, and I wished they would switch roles. At the end of the table were trays and trays of bars and cakes, clearly everyone’s favorite kind of contribution. Blondies, brownies, birthday cake, pumpkin spice cake, fudge brownies.

“By the end of our meal, the park had cleared out. The girls with the babies and cash box had left. I never knew who the men were that I was helping fundraise for. I don’t know if they came.”