I came to Green River for the first time in the summer of 2013 as a participant in Cabin-Time, a roaming artist residency, which took place in Desolation Canyon just north of town. I was immediately drawn to the majesty of the surrounding landscape, and the intimacy of the community. While I thoroughly enjoyed my week exploring the acoustic properties of the rock formations, I had very little opportunity to interact with the community of Green River. And so, I decided to return to Green River as a Frontier Fellow with Epicenter, if only to meet the good people, and continue the explorations begun last summer.

“The Most Interesting Person In Green River”
I began my fellowship with a search for the “Most Interesting Person in Green River.” With the help of Epicenter co-director, Maria Sykes, we conducted a vote at the Green River High School homecoming basketball game. From these results we compiled a list of finalists who will be profiled in the upcoming Green River Magazine. I focused my attention on one finalist in particular, Glenn Baxter, who was kind enough to sit in for an interview. My afternoon with Glenn was a memorable one, and I look forward to seeing his stories in print.

A few of Green River’s “Most Interesting People,” who will be featured in the upcoming Green River Magazine: Glenn Baxter, Lisa Hackett, Dale Richards, and Orrin McKayle.

The Veterans Archive
During my time here, I was able to conduct a class assignment for Craig Gowans’ 12th grade language arts class. The assignment introduced the students to oral history and the art of the interview. We asked each student to identify and interview a veteran living in Green River. During one of the class sessions, we asked Tracy Siaperas, an Epicenter board member and former US Marine, to join us for an in class interview. Tracy gave a frank report on her time in the service and her reasons for serving. As it turns out Tracy was a pioneering woman in the Marine Corps, being one of the first women to be considered as infantry (an unofficial title at the time). A transcript of this interview can be found at the Green River History Museum Archives.

Songwriting Workshop
During my stay, I was also able to participate in Epicenter’s high school internship program, conducting a songwriting workshop for Epicenter interns, Judith Trejo and Jori Pinneo. Over the course of four weeks Judith and Jori worked on lyrics, song arrangement, performance, the use of music equipment, and the basics of recording software. These sessions were most definitely a highlight of my stay in Green River. In the end, I feel I learned as much from them as they did from me. Judith and I are pictured here on the last day of the songwriting workshop. 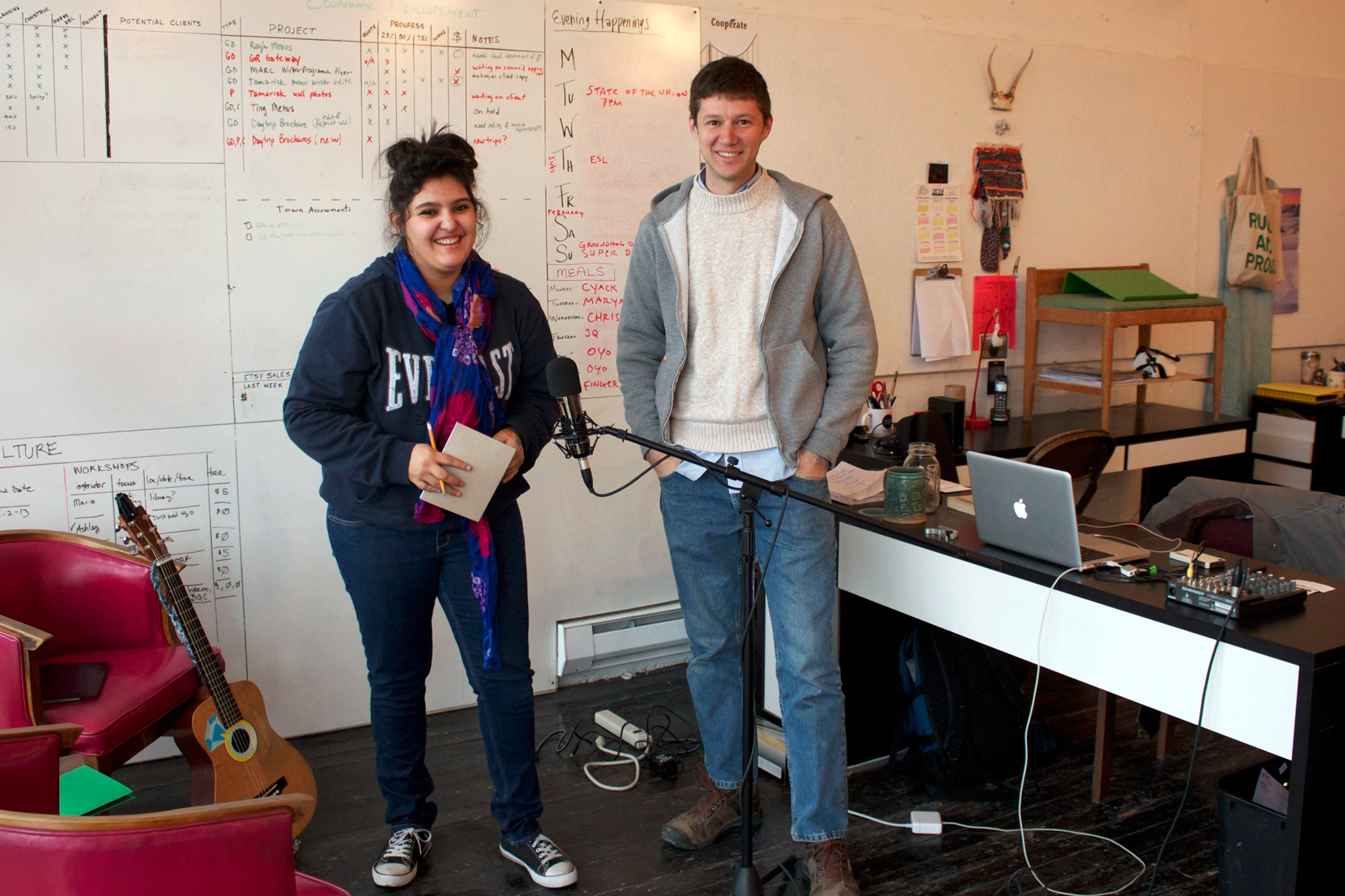