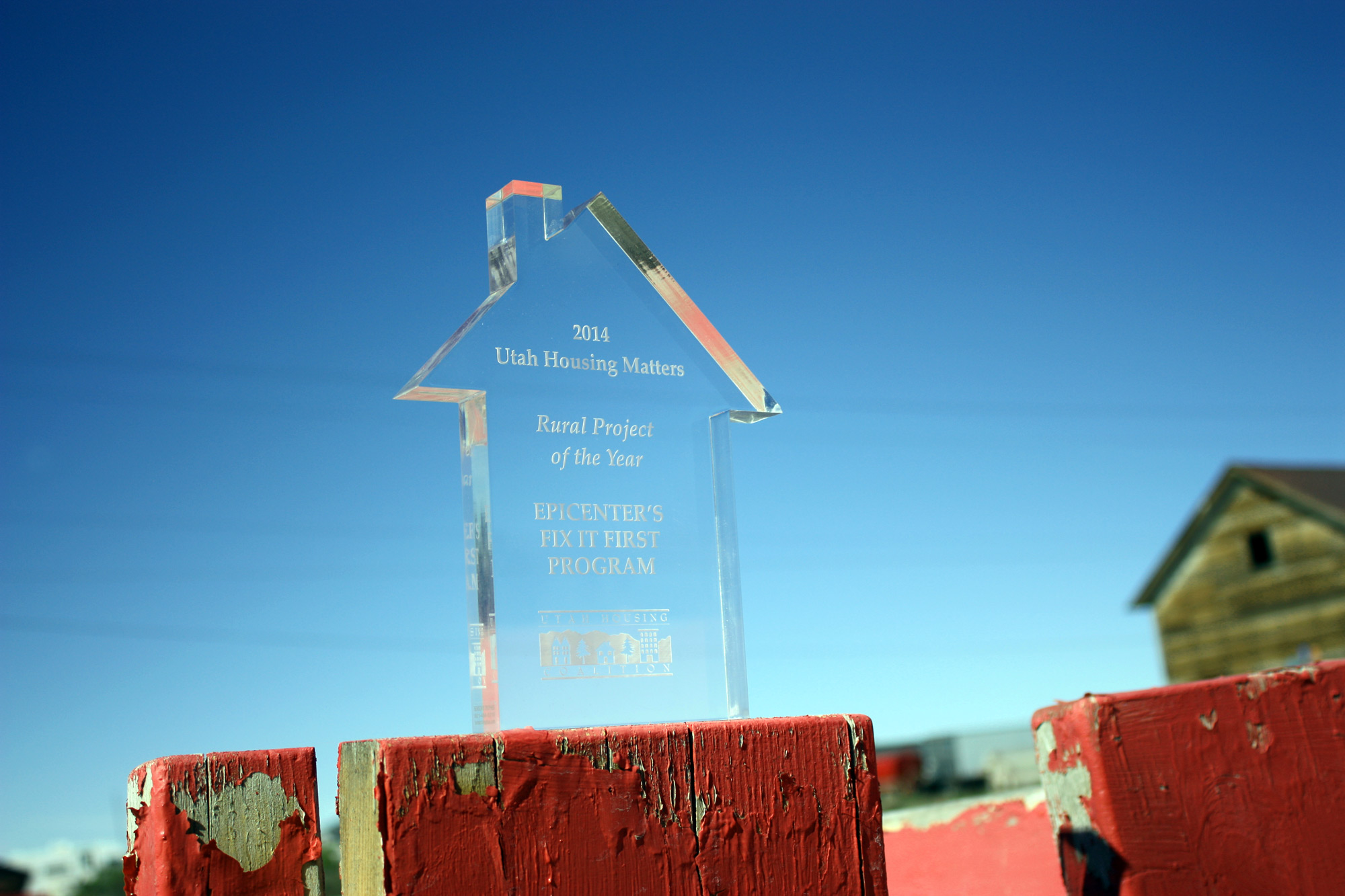 This year the awards committee selected Epicenter’s “Fix It First” program as Rural Project of the Year. After years of investing their lives in Green River, the young professionals at Epicenter learned from the community to tailor programs for the specific needs and social environment. The Fix It First program is in response to the city’s Housing Plan, completed in 2013, which determined that 45.7% of the homes in Green River were considered deteriorated or dilapidated and in need of repairs. As a town with high homeownership, an aging population and conservative political biases, traditional solutions were hard to implement and “hand-outs” were discouraged by the small town lifestyle. Epicenter formed Fix It First to be a program funded by private dollars instead of tax dollars, repaid by clients through affordable micro-loans, and solving the defined need based in data exhibited in the city’s housing plan.

The 2014 Jack Gallivan Legacy Award winner is Dave Conine. Dave puts his heart and soul into fashioning dynamite successful long-term projects that have champions, leaders, funding, strategy, advocacy and a whole host of critical ingredients to best meet affordable housing project and community needs in Utah. He is creative and a life-long advocate for affordable housing. His work both professionally and personally on poverty issues, community revitalization, sustainability, housing for the ill-housed and solutions is an unfolding, extraordinary, significant achievement. Watch the award video here.

UHC Member of the Year: Utah Coalition of Manufactured Home Owners received the award for their legislative advocacy and partnering with Utah Housing Coalition on critically needed improvements in mobile/manufactured home law.

Agency of the Year: Utah Non-Profit Housing Corporation received the award for their owning and operating more than 2,000 units of affordable housing throughout Utah, serving households with area median incomes of less than 50% with the majority making less than 18% (making it the lowest or one of the lowest statewide). The population served includes the elderly, disabled, mentally ill, as well as those suffering from domestic violence and HIV Aids. UNPHC has served more than 17,000 households to date.

Urban Project of the Year: Iron Horse Transit Housing developed by Park City for their innovated funding. They received a $1.5 million grant from the Federal Transit Administration to build affordable housing for seasonal transit employees.

Person of the Year: Karen Haney, employed by Family Support Center’s LifeStart Village for bringing her tenants out of homelessness and into a secure, safe environment; along with building their self-sufficiency and self-esteem. Her program is designed to get single women out of homelessness and give them the tools and skills to be self -sufficient, so that they can be good role models for their children.