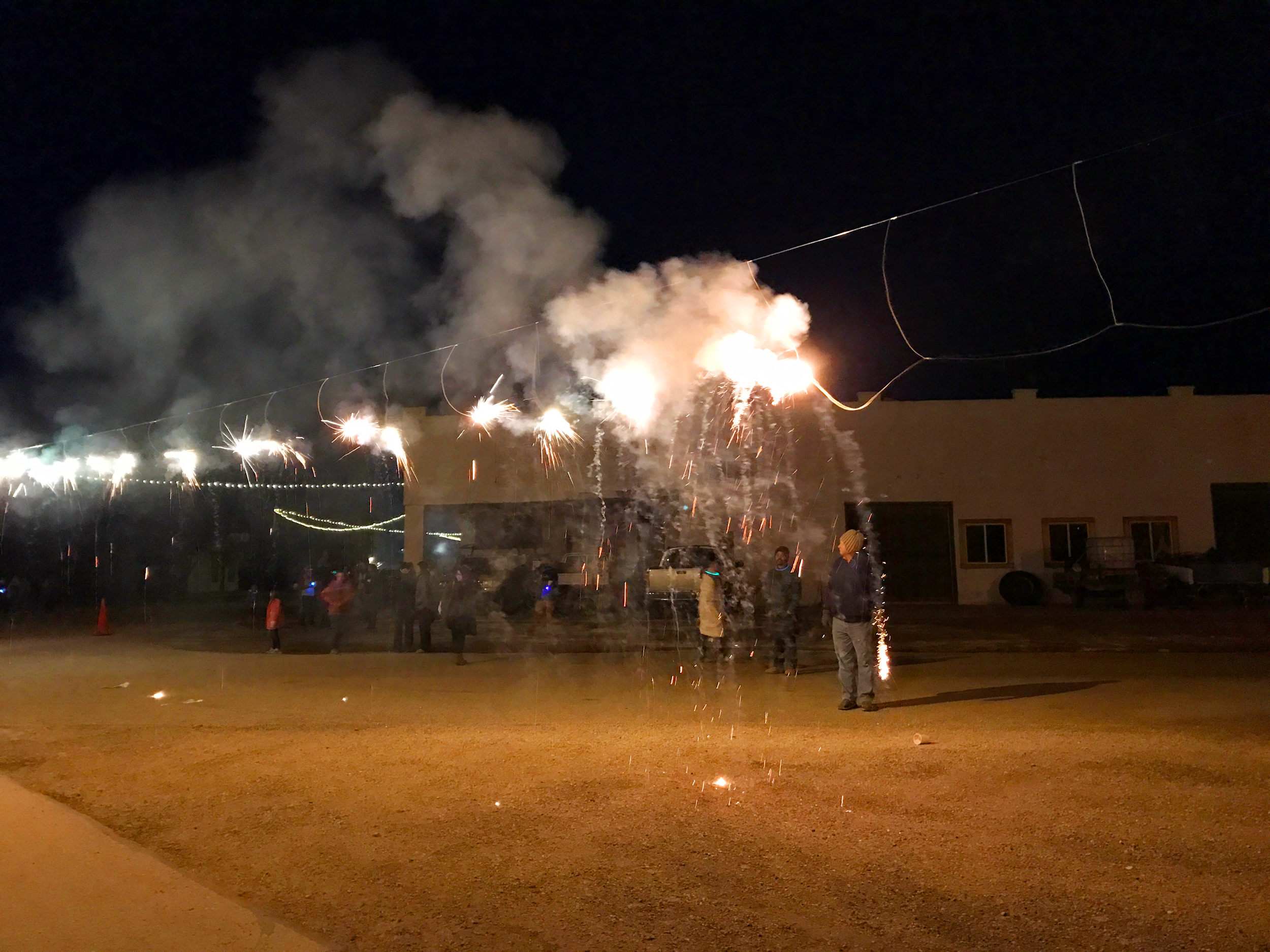 Winter in Green River is typically a time to hunker down by the fire at home. You can rarely find residents venturing outdoors in the Winter at night, except maybe en route to a Green River basketball game. (Go Pirates!) This year was a different story, though, as Epicenter in partnership with the City of Green River, hosted the first annual “Ignite the Night” on South Broadway in Green River to bring people together and celebrate the unveiling of new lighted signs on Main Street.

The evening got started with a bang! Quite a few bangs, actually: a custom fireworks display by Marisa Frantz and Lisa Ward. The display began as a slow-burning fuse that set off a highly-anticipated series of events that could best be described as a pyrotechnic Rube Goldberg machine. Though the fireworks were seen and heard for miles, up-close was the real show. The team had rigged up an elaborate “ladder” of sparkling fuses hung over the street that led to an unlit bonfire in front of the Green River Fire Department.

Once the bonfire erupted into flames, the team celebrated the successful chain reaction alongside an audience of over 60 spectators. The bonfire lighting signaled that it was time for s’mores, chili, hot cocoa, and a live music performance by Clive Romney and friends at the Green River Firehouse. Clive Romney, Executive Director of Utah Pioneer Heritage Arts, was joined by Hank Mason and Jana Wells of Grand Junction, Colorado. They sang original songs of Utah’s rural heritage, pioneers, and folktales. Armed with glow-bracelets and LED accessories, the all-ages audience swelled to over 80 participants who danced and sang along with the musicians.

Those in attendance hope this celebration can become an annual tradition. Epicenter Principal Maria Sykes explains, “We held this event in the dead of winter to bring people together during a time when we tend to be kind of reclusive in our homes. I love that we can do this sort of thing in Green River. To adapt a Phil Conners quote, ‘Standing amongst the people of Green River and basking in the warmth of their hearts, I couldn’t imagine a better fate than a long and lustrous winter.’ Sure, Ignite the Night will never be something as big as Groundhog Day, but it’s in the same spirit.”

Mayor Pat Brady shares, “I was not sure what to expect at Ignite the Nite. My expectations were greatly exceeded. The artists hired for the neon lights, the new welcome sign, and the fireworks were absolutely the right people to have done it. Clive Romney and his two vocalists were a perfect fit for the evening. Great lights, great music, great food, and a great crowd. Hopefully, next year even more of the community will participate.” 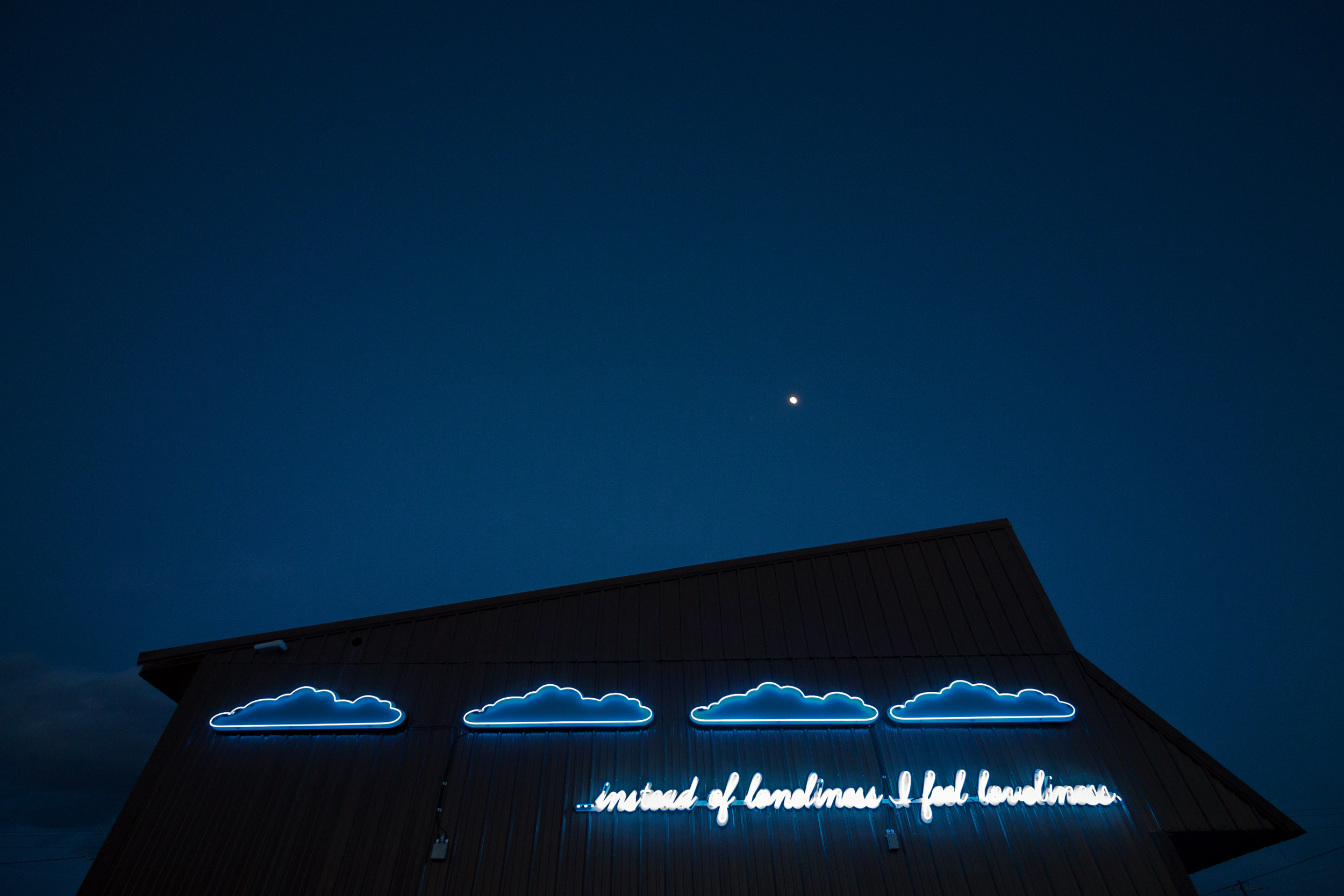 During the week leading up to the event, a team of designers and builders led by artist Lisa Ward had been busy completing the reason for the Ignite the Night celebrations: the creation and refurbishing of lighted signs on Main Street in a project called Green River Lights. Made possible through the National Endowment for the Arts Our Town Program, Epicenter created a new neon welcome sign for Green River (located on the South side of Main Street just West of the Green River Medical Center) and a new neon sign on the Green River Coffee Company, and partially refurbished the La Veracruzana sign, formerly the Ben’s Cafe sign. Clive Romney also held music and storytelling workshops throughout the week for the youth of Green River at the High School, Book Cliff Elementary, Pyramid Youth Programs (PACT), and the Green River Library. 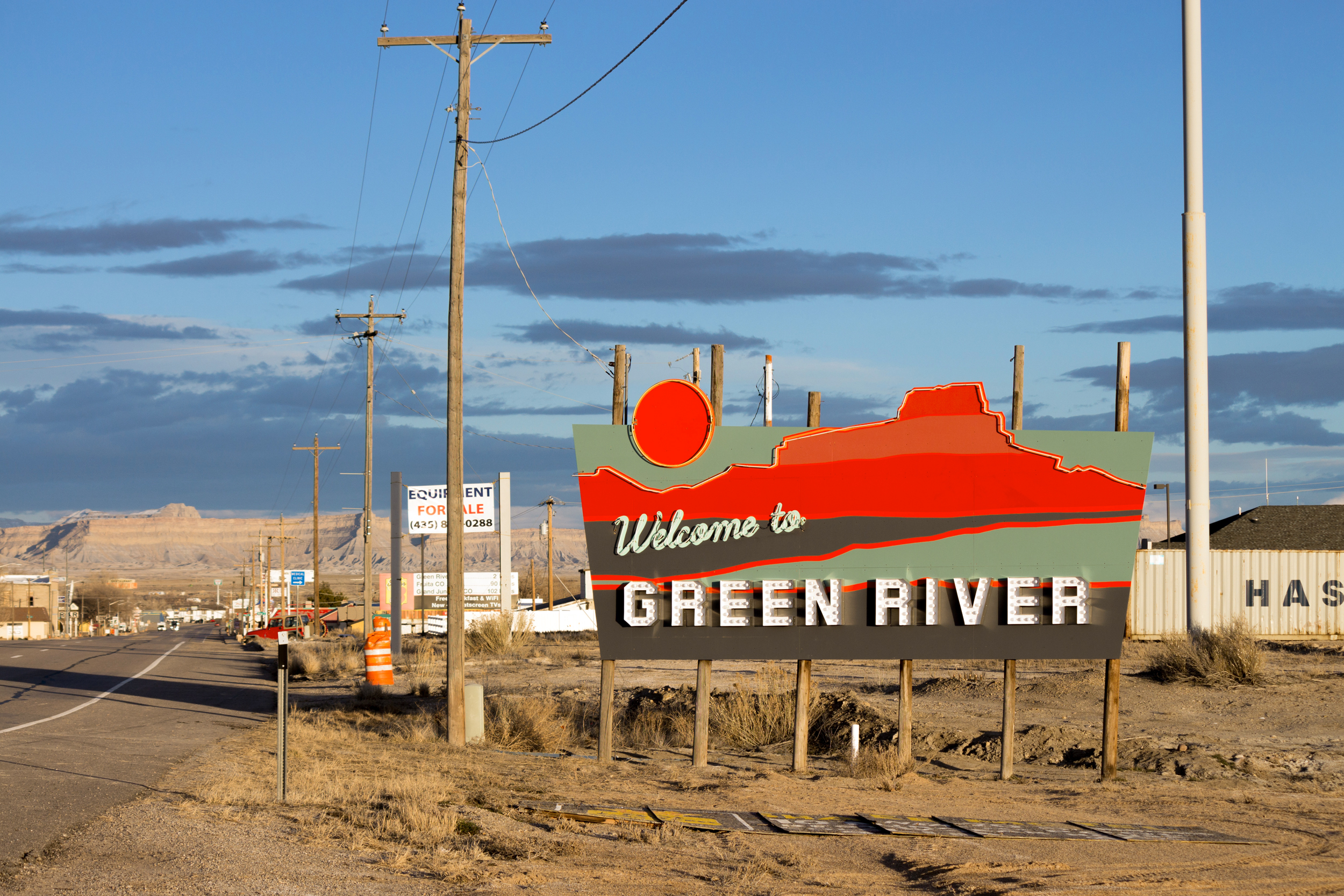 Also unveiled at Ignite the Night was [light], a prototype for a lighted-bench designed in partnership with the University of Utah College of Architecture + Planning. [light] is currently on display in front of Epicenter (180 South Broadway, Green River, Utah), but will move to Main Street once more benches are fabricated and installed. 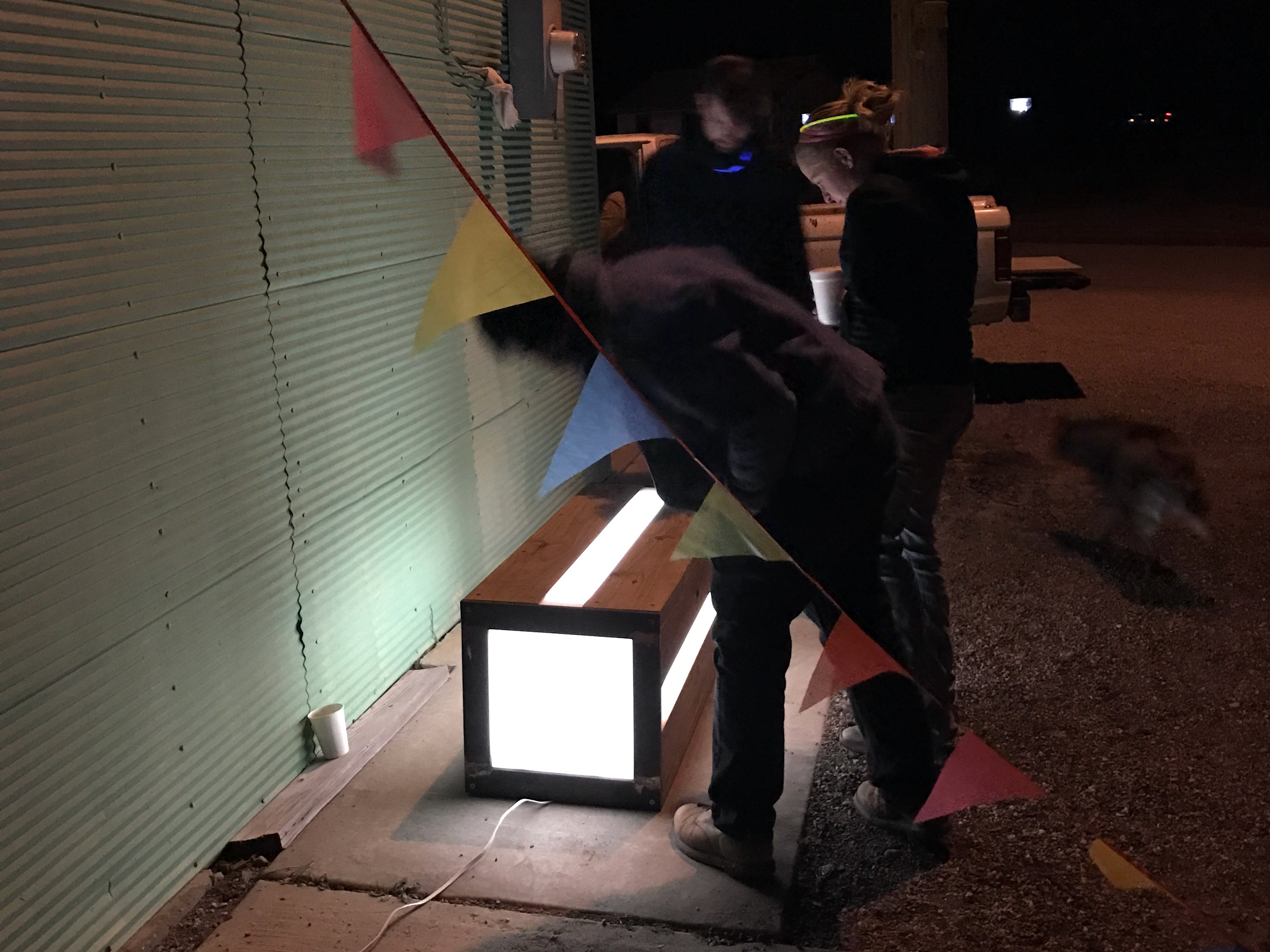 Photo: [light] on display at the Green River Fire Department for Ignite the Night.

Please visit our blog in the near future for a film by Ryan Baxter documenting the Green River Lights project and Ignite the Night event.