Tax season is upon us, and though many of us are worried about getting our own finances in order, Emery County is celebrating another great year for tourism as reflected in tax revenue. Emery County collects several tourism-based taxes, including a Transient Room Tax (TRT) which places a 4.25% tax on motel rooms, campgrounds, and other lodging, and a 1% restaurant tax (TRCC). The revenue from these taxes goes toward establishing and promoting recreation and tourism, supporting museums and recreation facilities, and mitigating costs of utility, emergency, and law enforcement services incurred because of tourist activities.

Green River also collects an additional 1% municipal TRT and a 1.5% Resort Community Sales Tax. In Green River, this revenue is applied to the general fund, paying for things like events coordination, parks and recreation, and employee wages. This last election, Green River residents also approved a new Recreation, Arts, and Parks (RAP) tax of 1/10 of 1% on retail purchases, which will garner an estimated $25,000 annually to support arts programming, trail building, and recreational improvements exclusively. RAP tax collection will begin in February. 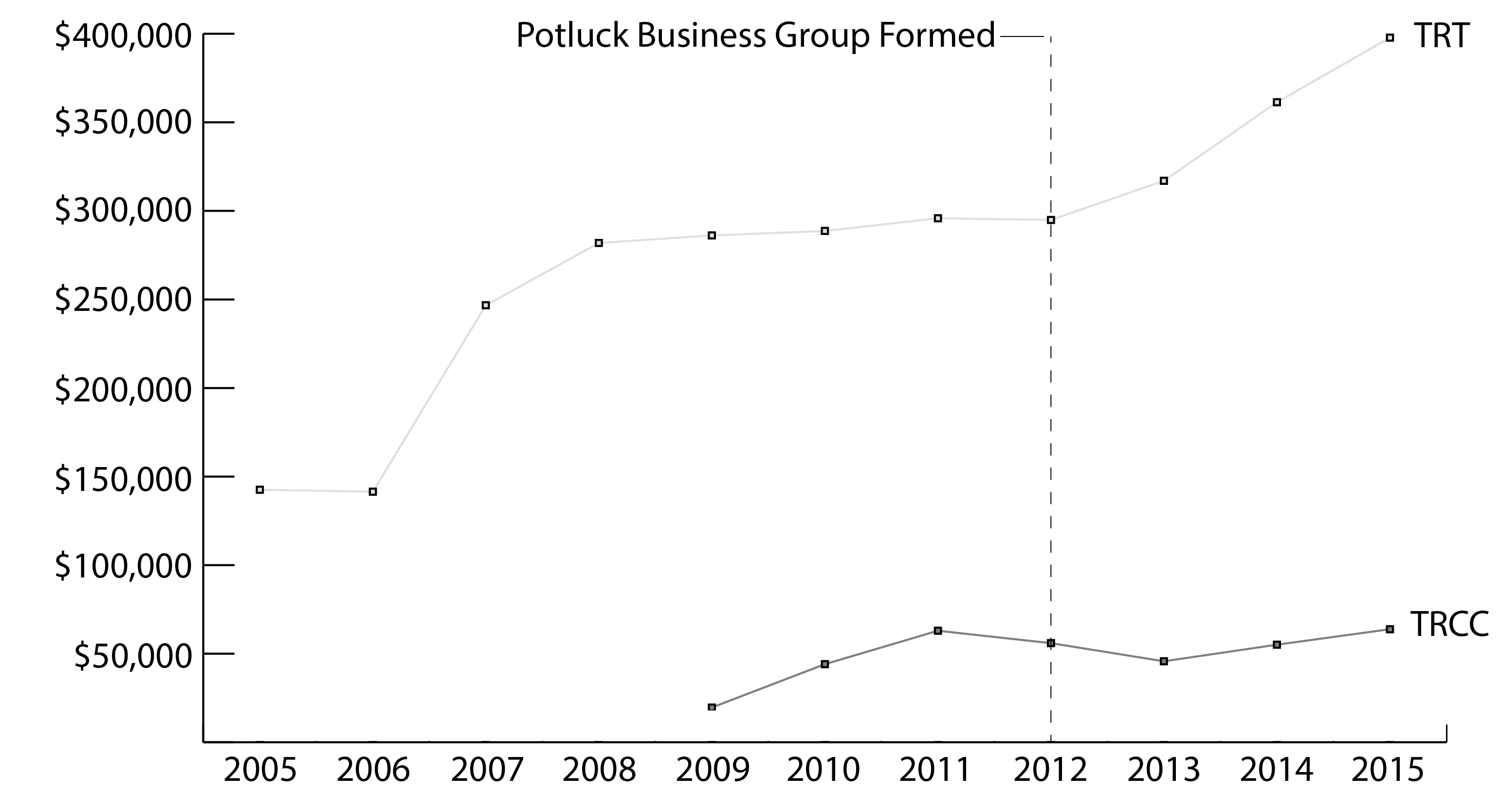 Those numbers are great news, but to keep things in perspective, of Utah’s 29 counties, Emery ranks 16th in amount of TRT and 25th in the amount of TRCC earned in 2015. In comparison, Grand County (our neighbor to the east) ranks 4th and 13th, respectively, with nearly $3,900,000 of TRT and $500,000 of TRCC revenue. Of course, those impressive numbers have to do with the remarkable success of Moab as a tourist destination at the gateway of two national parks. And Moab boasts 1,867 motel rooms compared to Green River’s 522—over three times as many.

Tourism tax revenue in Emery and Grand Counties in 2015. 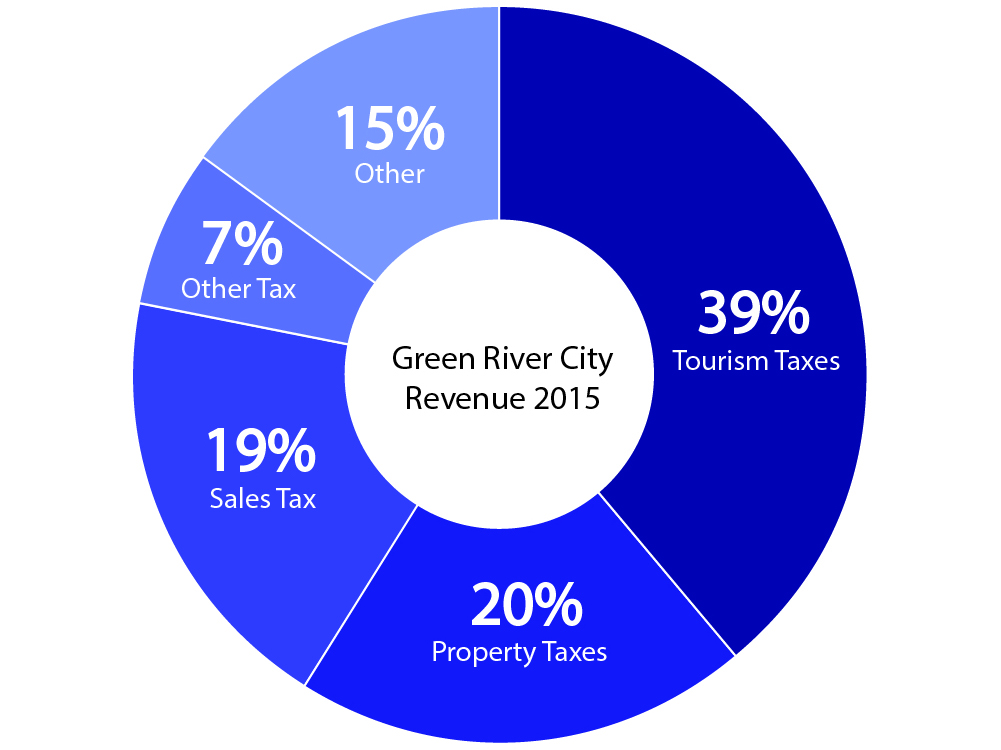 West Emery County communities have not enacted these taxes or are prohibited from doing so. The fact that most of the funding from tourism-based tax revenue comes from Green River is reflective of Green River’s unique position as a crossroads. Directly on I-70, a thru-point between Salt Lake City and Moab, a stop to either Denver or Las Vegas, an access point to the Green River itself, and within easy driving distance of three of Utah’s national parks, Green River is a prime spot for tourist activity.

Tourism tax revenues are likely to only go up, based on current trends. With Green River and Emery County both making concerted efforts to brand the area as an untapped tourist paradise, and with plans to develop new hiking and biking trails in Green River, locals should expect more tourists discovering the rugged beauty of Emery County and spending their money at local businesses—good news for the county and Green River.

Data provided by the Utah State Tax Commission via the Emery County Travel Board.