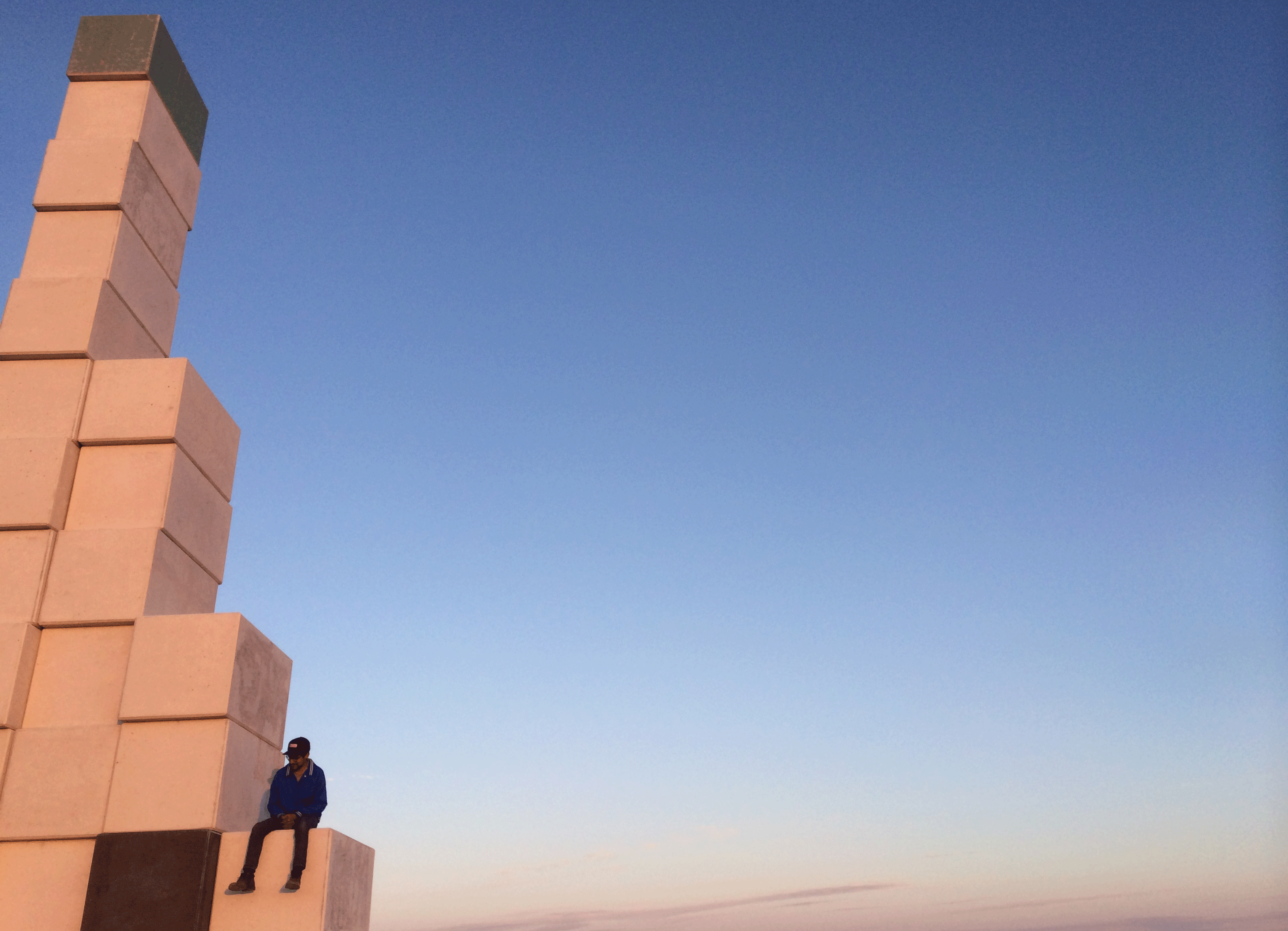 Today, we bid farewell to a great collaborator and friend. Armando Rios, who first joined Epicenter as an AmeriCorps VISTA in 2012, will be leaving us for new opportunities in the great state of Michigan. Over his four years in Green River, Armando has helped Epicenter achieve momentous things, including:

– the completion of the first Green River Habitat for Humanity House,
– raising $70,500 in grants for Habitat for Humanity and serving a year-and-a-half on their Board of Directors,
– starting and developing Fix It First, recipient of the Utah Housing Coalitions’s 2014 Rural Project of the Year,
– 37 Fix It First project completed, affecting 100 Green River Residents and repairing 25% of the 146 homes identified by the Green River Housing Plan as in need of repairs, and
– raising $93,000 in grants for Epicenter, and self-generating $40,305 for the Fix It First program through client repayments that sustain the program perpetually.

We will miss his service, unparalleled work ethic, drumming abilities, and mirthful excitement. Below are some of our fondest memories of Armando and Green River. 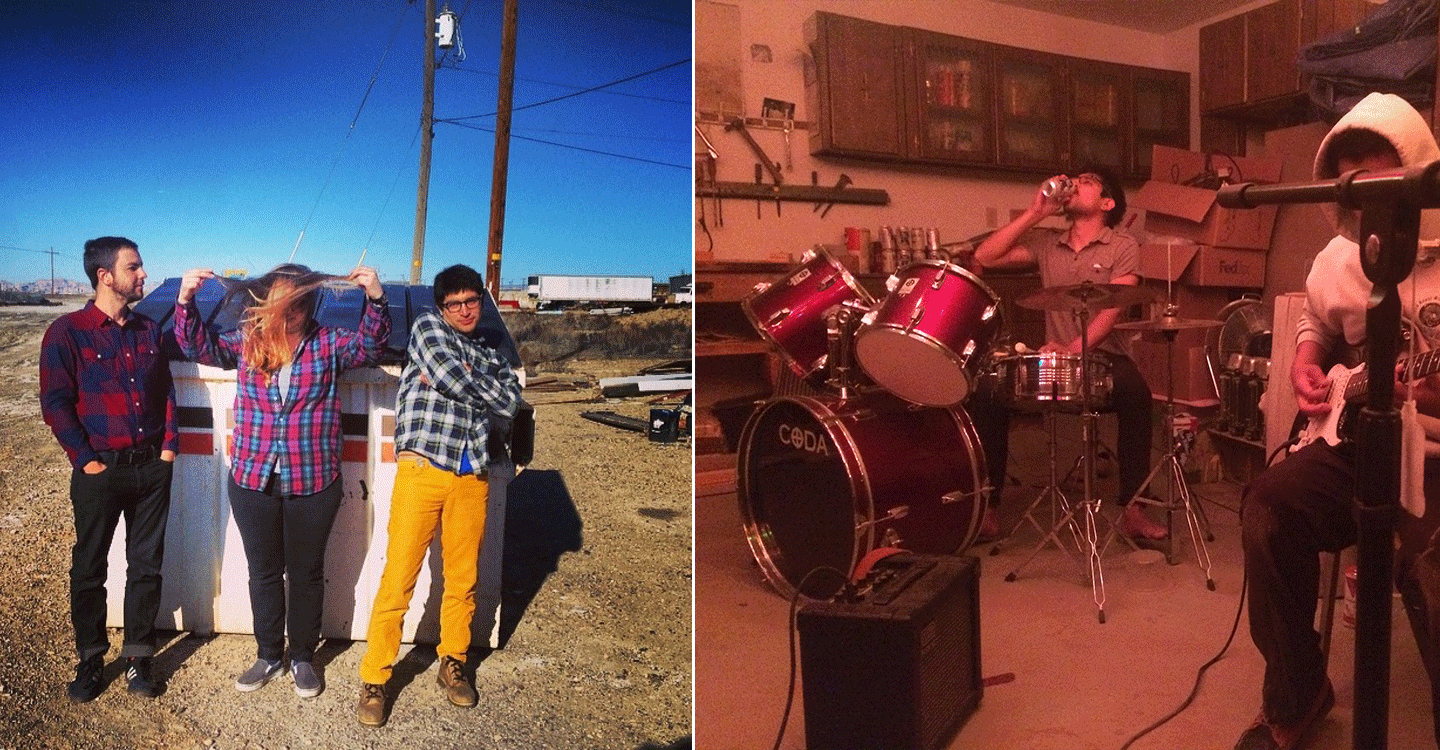 The only thing I hate more than choosing a favorite anything is saying goodbye. So, for now, as a proponent of top-five lists, here’s my Top Five Favorite Armando Rios Memories:

5. (Almost) Every Taco Tuesday: Taco Tuesday has been a tradition since Epicenter’s inception: every Tuesday at 11:30 AM the staff goes to a local Mexican eatery (cue the never-ending La Veracruzana v. La Pasadita debate) and eat lunch (sometimes actual tacos) together. Regardless of the potential for slow service or mixed-up orders, Armando is always down for Taco Tuesday, and I love that about him.

4. Church Camp (circa July 2014): During Armando’s time in Green River, he’s always been the drummer for the house band. Of all the times they played, my favorite night was actually just a random Church Camp practice. It had been a +100-degree July day, but we had just been blessed with a late-afternoon rainstorm. With the garage doors open, a cool breeze, and the multi-colored Christmas lights reflecting off the wet concrete driveway, Chris Lezama and Armando played to an audience of me and a few others. Everything felt just right.

3. The Battle of Westwater (July 21, 2014): Every summer in July, Epicenter goes on a Westwater rafting trip. On the second day of the 2014 trip, a great naval battle was waged. I don’t recall the details of the battle, as much of it was a blur, but I could guess that while Chris was attempting to water-board me, Justin Queen was probably Hulk-smashing Armando into the river. Or maybe he was just peacefully hiding under the shade of the raft. You never quite know with Armando.

2. GRHS Basketball: I love going to sports games of all kinds, I always know that I could count on Armando to join me in cheering on the Green River High basketball team. The DJ G. Riches jams and semi-warm nachos just won’t be the same without Armando’s nervous panicking during the last few minutes of the closest rivalry games.

1. Grand Canyon: Epicenter has a tradition of road trip staff retreats, and the 2013 trip to the Grand Canyon puts all other road trips to shame: swimming in cold Lake Powell on the hottest day of our lives, sleeping on the edge of the Grand Canyon without another soul for miles, finding scorpions by blacklight at night, learning how (not) to dribble an Australian rugby ball. I worry that we’ll never have as good a trip as that one.

None of these memories are directly work-related. That’s not to say that Armando wasn’t an incredibly valuable asset to Epicenter’s work; he built the Fix It First program up from the ground! He will be missed in the office, but he will especially be missed as a contributor to the culture of Epicenter after-hours and to the community of Green River at large. He’s our ambassador of good times, sultan of summer, bringer of beats, dancer to Pony, lover to all, and the most fashionable longboarder/cyclist for over 100 miles.

You’ve left your mark on this place, Armando, and you won’t soon be forgotten. 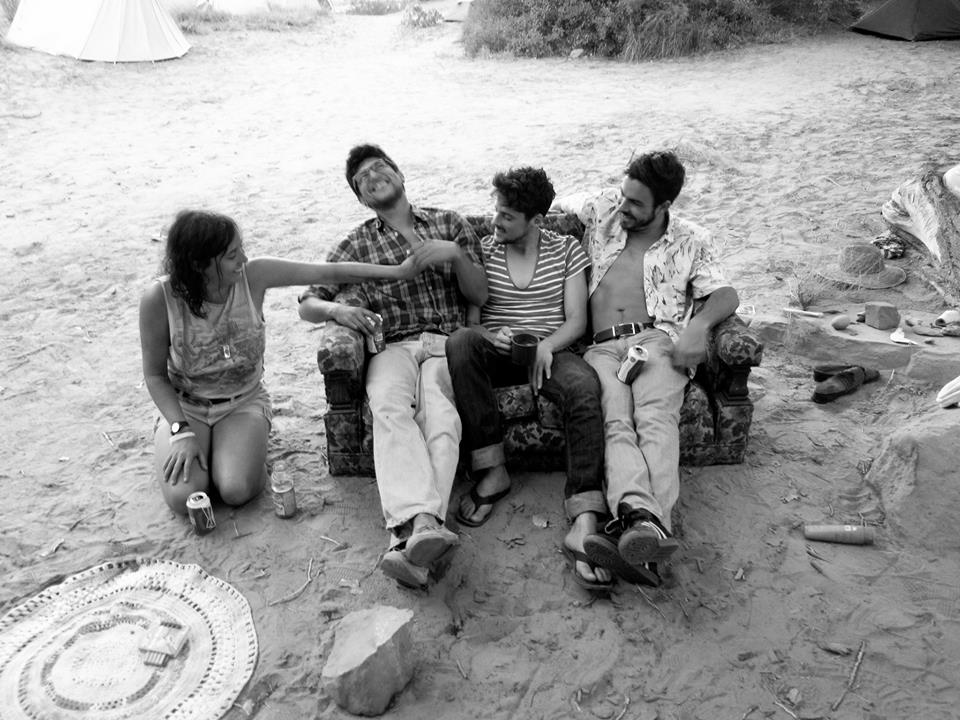 Despite his self-infatuation as a Leo, Armando is quick to speak of his love for each of us: those here now, those in the past. The “I love you”‘s he throws out to everyone can come across as flippant, but in quieter moments we’ve had one-on-one, I can honestly say he’s actually very genuine in his care for us all, noting specific reasons and lengthy stories that he holds on to. For years he served as the Volunteer House on-site manager, often the first to welcome the hundreds of people that have visited with a hand-written note, local tips, and an invitation to watch the sunset. It’s not uncommon that people recall a story with Armando as a key component of their time here in Green River, no matter the length of their visit. It’s Armando’s everyone’s-always-invited attitude that I hope we find a way to maintain after he leaves.

Beyond that, he simply gets shit done. He has been at the bad end of plumbing, in tiny crawlspaces and attics, installed drywall overhead, renovated a dog kennel, and pulled weeds alongside volunteers he recruited, doing all these things in what most would determine inclement weather. Armando’s also the one making sure there is music and beer for the beach, to which I can’t recall one instance where he declined going. 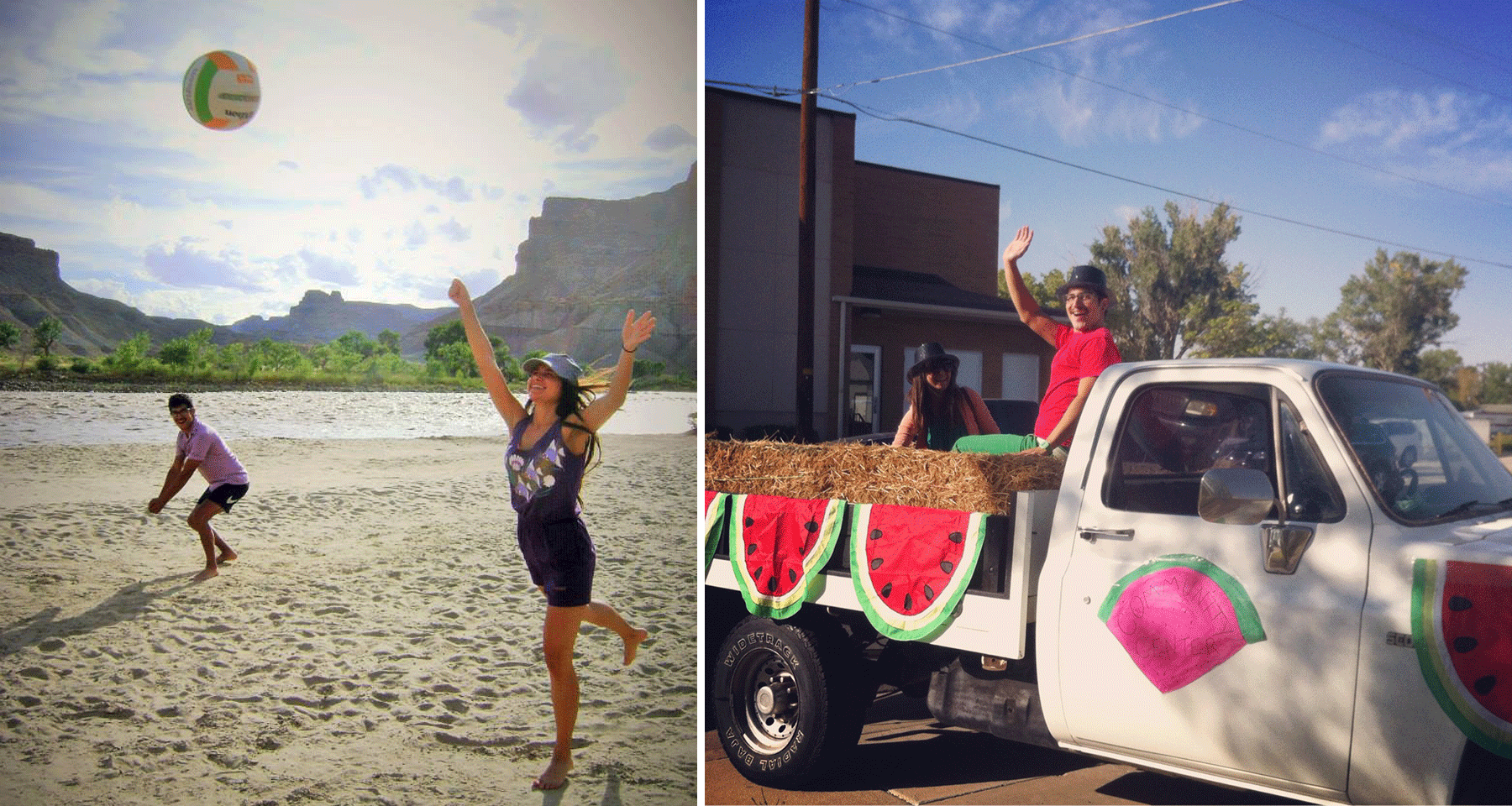 There are too many great Armando memories—we all know this. But one of my favorite first memories was Melon Days 2012. It was the first time Armando and I had been on a float in a parade. Thrilled to be nuzzled up next to itchy hay bales, a half-dozen excited children, and buckets of candy to throw at the parade watchers, it was quite the introduction to our new home in Green River. This was only the beginning of our time in the wild, wild, West—packed with new adventures and endless happy moments.

Armando’s love for Green River and the people that live here is intoxicating. I truly admire his commitment to the work he has done, and this all attests to Armando’s quality of loyal friendship. He is a true friend: trustworthy, honest, and incredibly fun. I feel very lucky to have had time to work with and get to know the one and only Armando Rios Verde.

Armando was the first person I really got to know at Epicenter. Just a few days into my internship last summer, he and I left Green River to drive a group of design students from Japan around the Mountain West and then to Design Build Bluff where they worked on some small design-build projects. We acted as chauffeurs and advisors, radio DJs and cultural ambassadors. Many of the stories gathered here highlight Armando’s insatiable desire for fun and entertainment, but what I remember most from that trip is his equally strong sense of caring and responsibility. He remained protective of those students (whether hiking on a cliff edge or preparing for a night on the Las Vegas strip) and a diligent teacher. Looking at what Armando has accomplished over his four years at Epicenter, it is obvious that those qualities—his sense of responsibility and his care for others—have allowed him to foster great relationships with volunteers and grow the Fix It First program into an award-winning precedent. I saw all of that immediately within him. Over a year later, that trip with those Japanese students and Armando is still my fondest memory of my time at Epicenter. 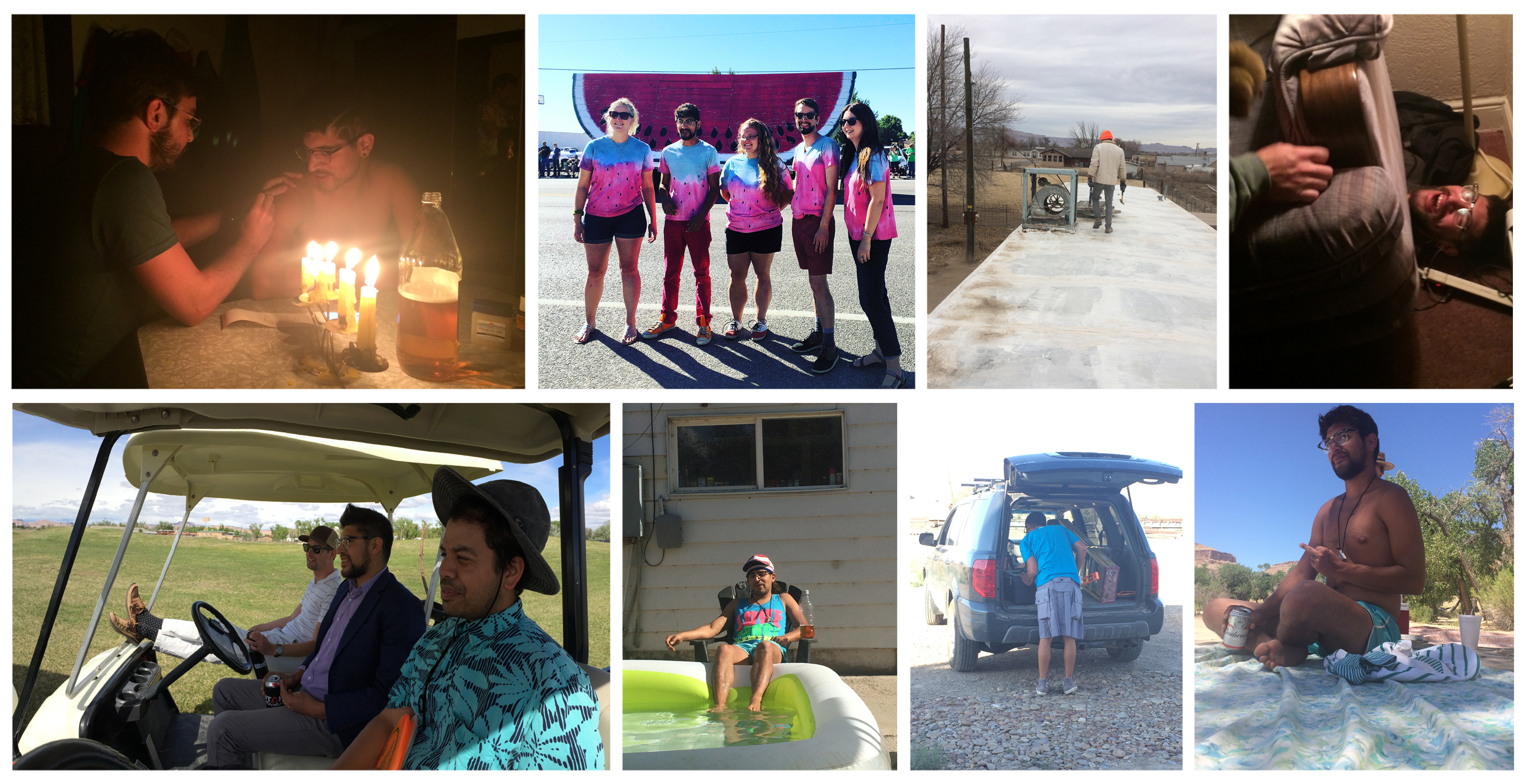 Although many of my Green River memories involve Armando/Armandito/Mandi/R-man-doe, here are my top eight Armando memories, pictured from top left to bottom right:

1. 8-8-88 Celebration: Armando’s 27th birthday including tattoos by Mary, a dance party, and an amazing time.

2. Melon Days: Matching watermelon shirts for the parade, the watermelon eating contest, volunteering at the kid’s art booth, and everything in between.

3. Swamp Cooler: Although it was freezing, Armando eagerly helped remove a swamp cooler off a roof for a home repair. We enjoyed throwing it off the roof so much that, for a second, we considered carrying it back up to be able to throw it back down again.

4. Sardines Champ: Ten of us searched for Armando for a good half hour while playing Sardines. Turns out he was hiding under the couch. Luckily no one sat down.

5. Disc Golf: Armando’s sense of style is unsurpassed in almost all situations. The outfit he wore while playing disc golf further confirmed this.

7. Utilikilt: The first day Armando wore his homemade Utilikilt working on site… only to spill Horchata on it during lunch at the taco truck.

8. Swasey’s Beach: Armando was always at the beach, but the most memorable moment was probably his impersonation of Baywatch last summer. Unfortunately, this resulted in losing another pair of his glasses to the mighty Green River.

Thank you Armando for playing such a large part in making Green River great and unforgettable. You were always willing to hang out—whether it was Sunset Club (I always look east now because of you), binge watching Netflix on cold winter weekends, or just sitting around the fire telling awesome stories. Green River is going to miss you, but Grand Rapids is going to be great. In all sincerity, ‘preciate ya!