In addition to printing a new color of our current “Rural And Proud” classic t-shirt, we commissioned artist Megan Urban to design a limited edition shirt for Epicenter. Her explanation of the mysterious design:

The patch-style of design is inspired by the Green River Launch Complex. I knew that there are some amazing patches for the secret divisions of the military that play with symbols and Latin. Paired with the “mysterious” black pyramid, it was a way to imply a paranormal role. I realized I knew very little about the Complex so I did more research, discovering that it was a sub base of the White Sands Missile Range—and that they managed to send not one, but two missiles into Mexico! The Complex mainly housed the Athena Program; Athena is symbolized by owls in Greek mythology, hence the burrowing owl. The stars and trails were a direct nod to NASA, although Maria suggested using the stars from the Green River flag. Finally, the typeface is Transducer, a soon to be released face from JTD Type Foundry, run by my friend James Todd, who visited Green River and Epicenter with his wife, Taylor, and my partner Jason Dilworth, a few years ago. This typeface is based on Eurostyle, and Eurostyle is used in A LOT of science fiction movies. For a hilarious, incredibly geeky, explanation, go to Type Set in the Future.

Ever a fan of the military patch and its relation to Green River’s not too distant past, we were very excited by Megan’s design! Plus, the burrowing owl is such an incredible creature. Burrowing owls are so named because they occupy underground burrows that have been dug out by small mammals like prairie dogs. Not only does the owl symbolize Athena, but it also feels like an apt metaphor for Green River: a place where ruins of the past are being cleverly repurposed. And, though “the black pyramid” is certainly a toxic scar on the landscape, it reminds us of our rural resilience. It reminds us to be “Rural and Proud.” 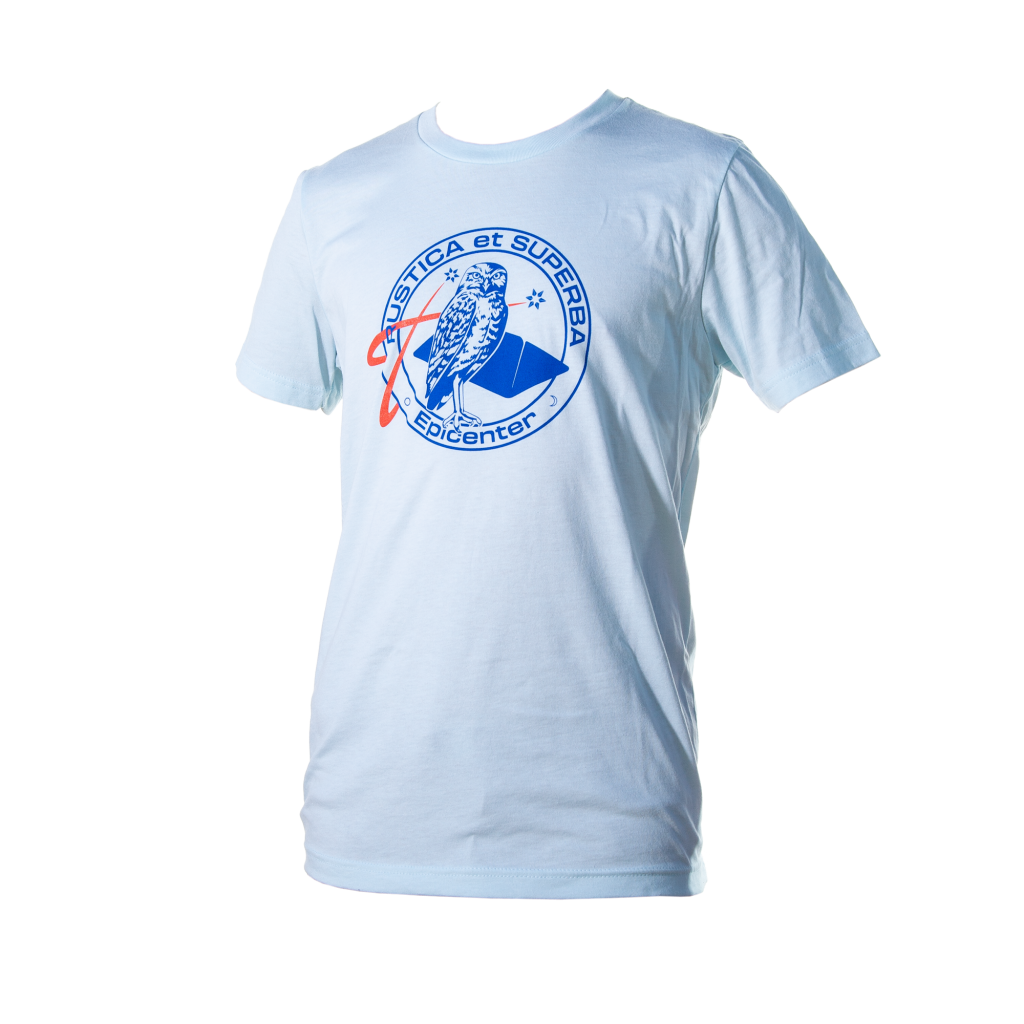