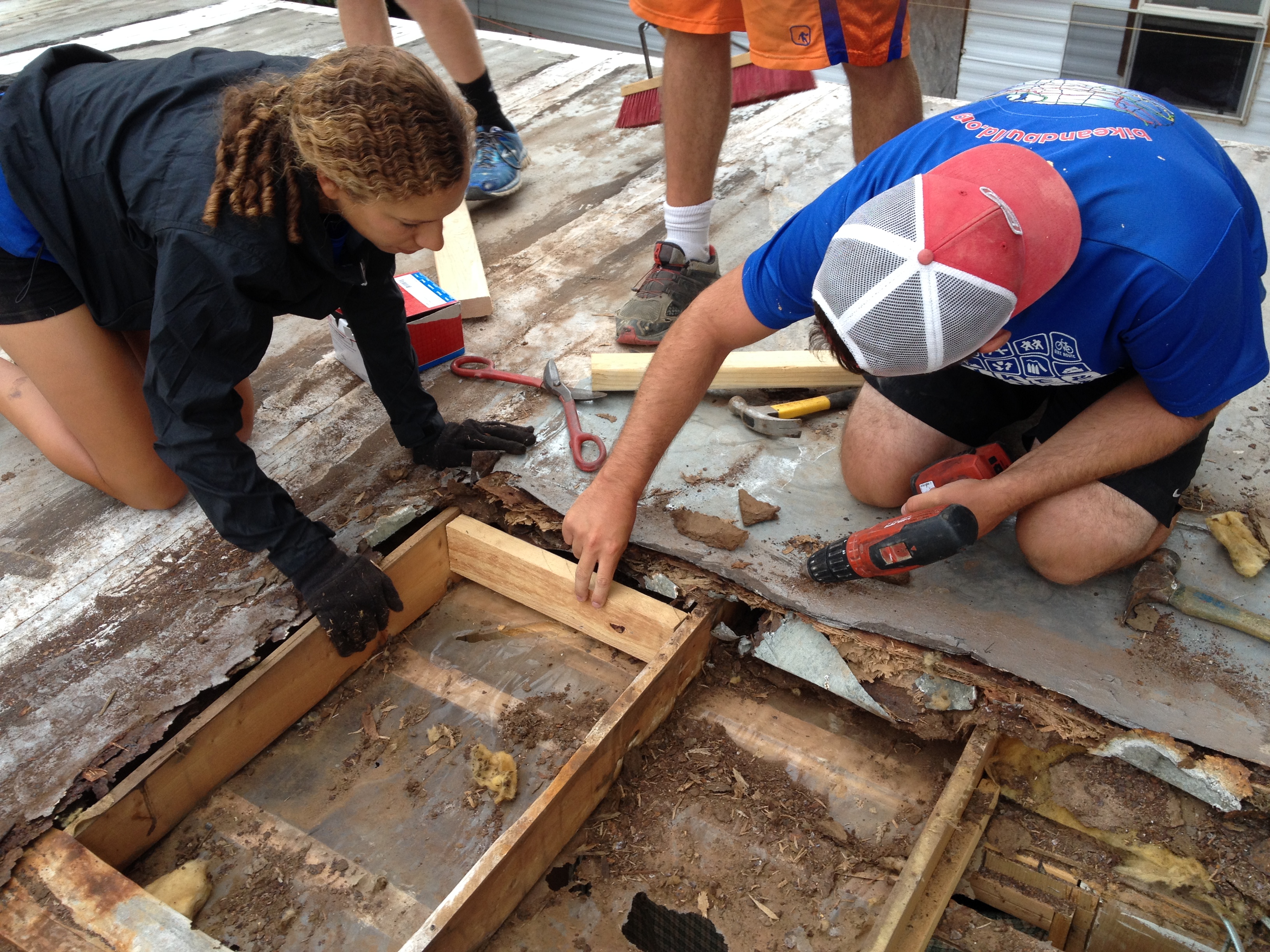 August 6, 2015, that’s the day that Bike & Builders began trickling in from Moab to stay in Green River for the next two nights. While Epicenter staff members were finalizing preparations and cooking dinner, our guests were exploring the town and resting in the air conditioned volunteer house.

Bike & Build is a group of 31 young riders who pedal across America to raise money and awareness for affordable housing. The group that traveled through Green River left New Haven, Connecticut, on June 11th to arrive in Green River on August 6th. This group will complete their 4,000 mile trip in Half Moon Bay, California, on August 24th.

After the group had rested and explored Green River they were welcomed into the community center for a family-style meal. The group was introduced to their two project sites for the next day and split into teams within each project. 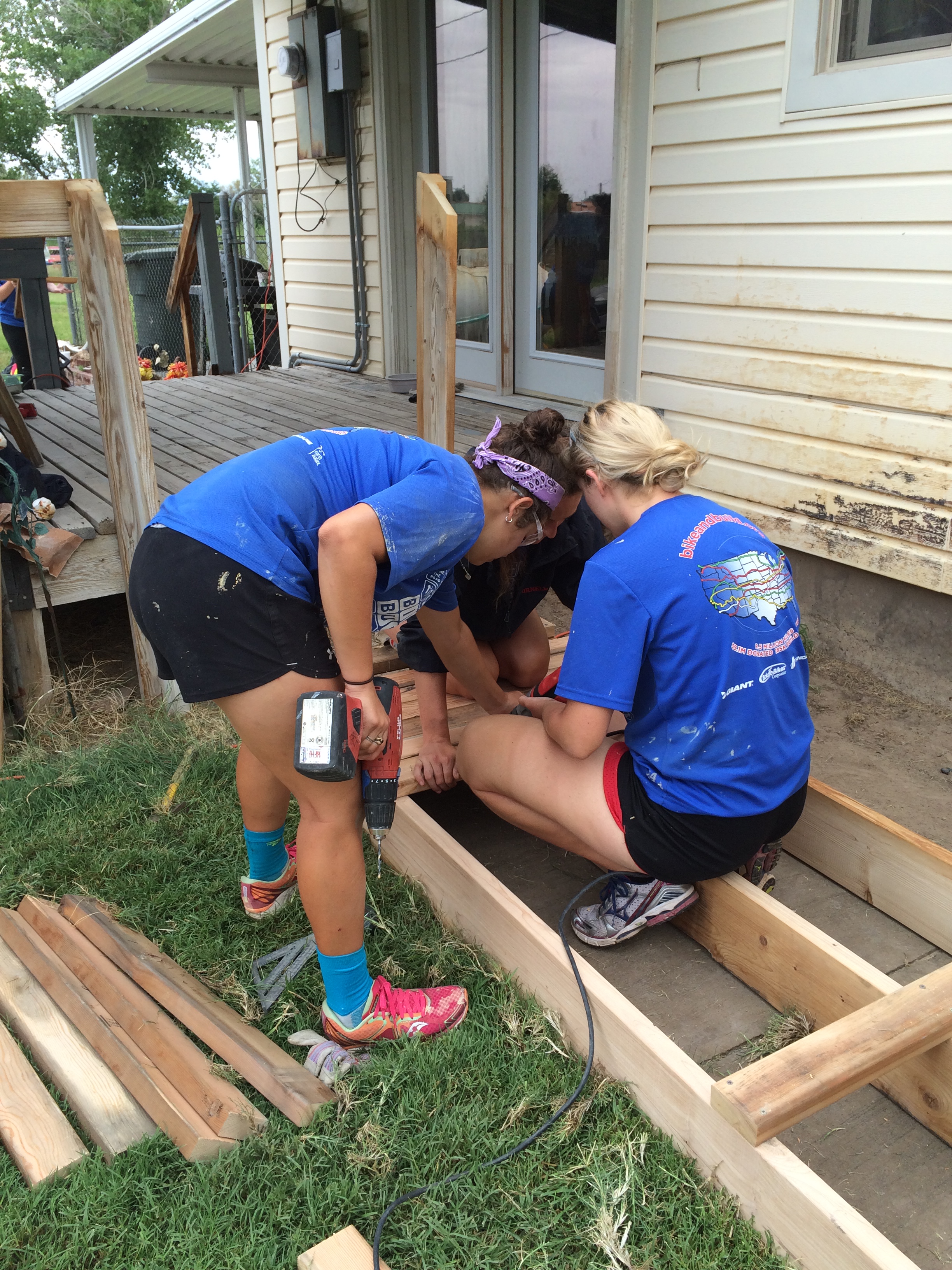 In a partnership between Epicenter and Habitat for Humanity of Castle Country, a series of exterior accessibility improvements were completed for an aging homeowner. Bike & Builders created a new stair tread to even out and lower an existing high step, painted the exposed entry into the home, and created a ramp for easier access into the home. 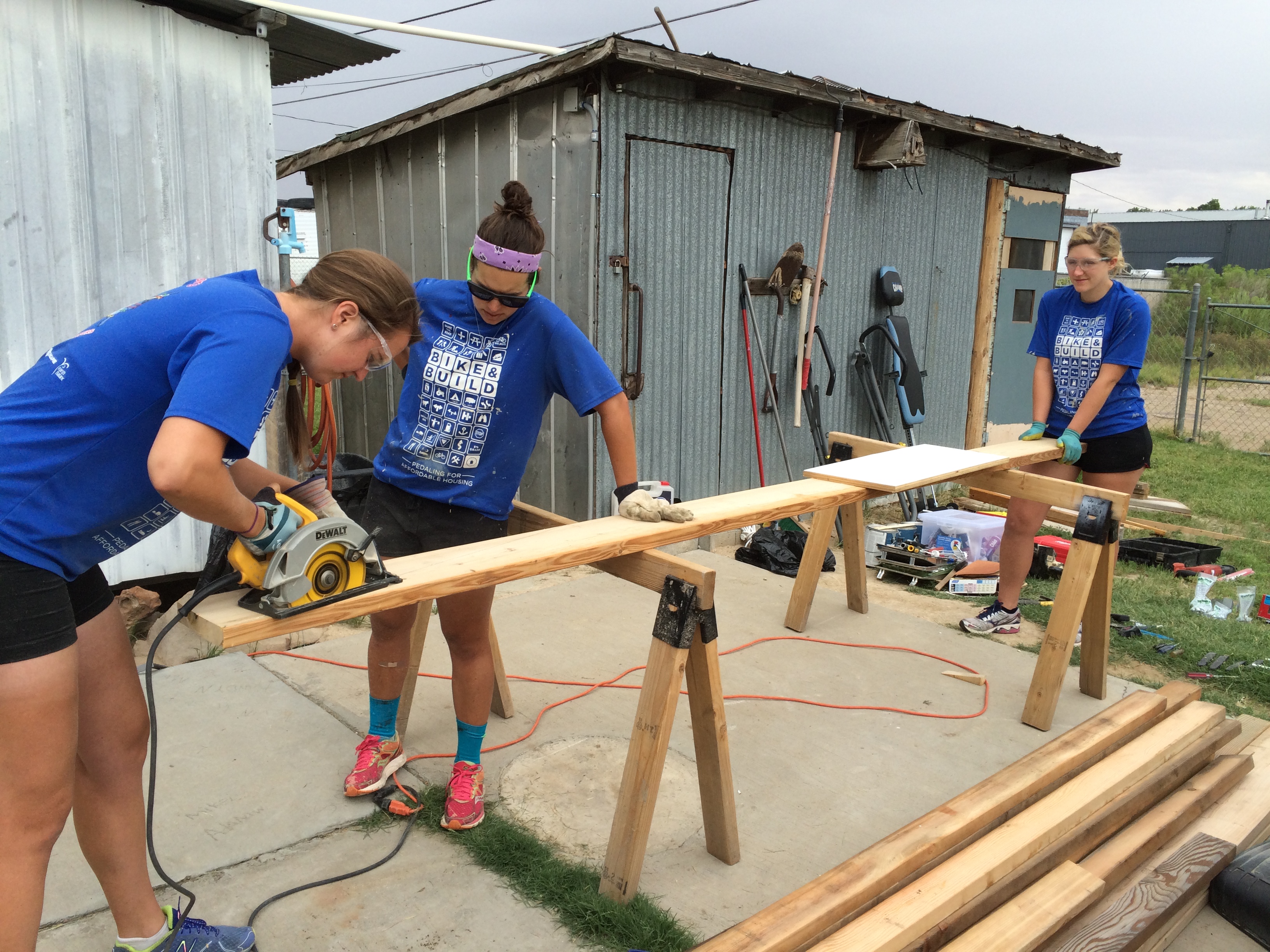 Meanwhile across town, Fix It First staff members were leading a Bike & Build team that was patching a leaking trailer roof. Along with the patch job the group repaired water damage on the inside of the home by tearing out existing paneling and replacing it with drywall. The entire roof received a new protective coating to keep the leaks out.

Throughout the years Bike & Build has made a huge impact on Green River, from giving $10,000 of seed money to begin the Fix it First program to working on six Fix It First projects over the past three years and two A Brush With Kindness projects over the last two years.

A big thanks goes out to all of the Bike & Builders who helped out and good luck reaching the Pacific Ocean!