One of two field trip groups to Fossil Point. 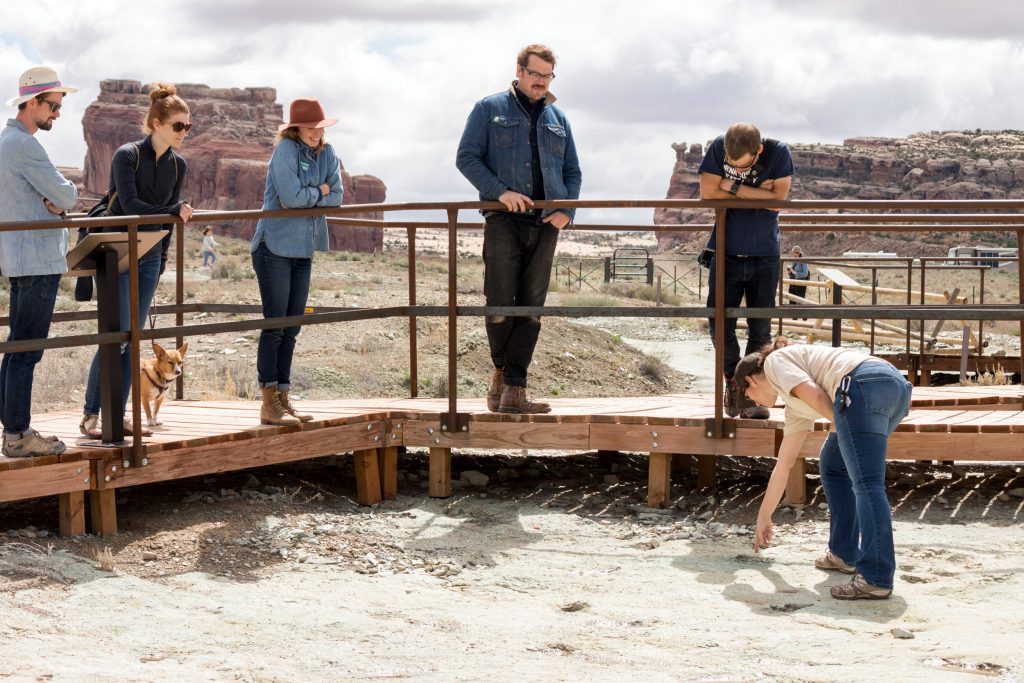 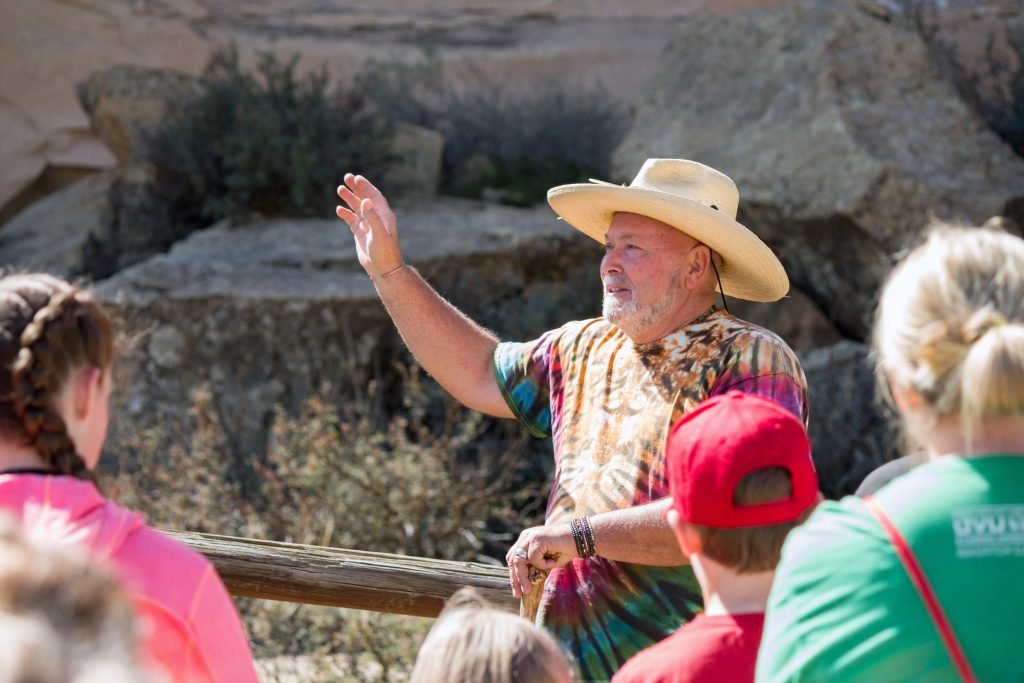 Steve Acerson of the Utah Rock Art Association led a tour of beautiful Sego Canyon located 20 miles east of Green River. At this site, visitors viewed petroglyphs and pictographs from three separate indigenous cultures (some dating as far back as 7,000 B.C.) on the walls of the canyon. Acerson shared both the history of the sites as well as his interpretations of the rock art. The rock art in Sego Canyon is some of the best in the world. 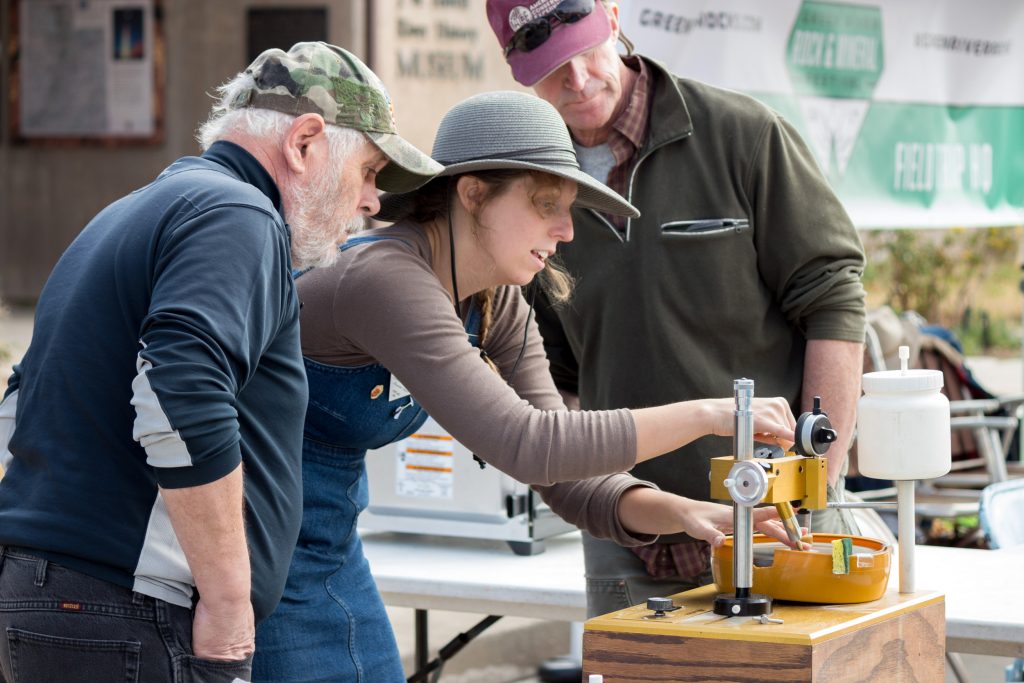 Back at the festival headquarters, visitors enjoyed rock and mineral vendors, faceting demonstrations by artist Kirsten Southwell, information booths, a food vendor, and the “My Favorite Rock” exhibit. Also at the museum, a dry-stack stone wall was constructed to celebrate the architectural history of Southeastern Utah. Elsewhere in town Gary & Kelly Orona hosted an open house at their Savage Territory Gallery, and West Winds hosted a karaoke night.

In the future the festival will become an annual city event that continues deepening Green River’s connection to geology, paleontology, archeology, and the surrounding landscape. The current City Council has shown support in making this an annual event and plan to include the festival in next year’s City budget. Stay tuned to GreenRiverRocks.com for next year’s dates.