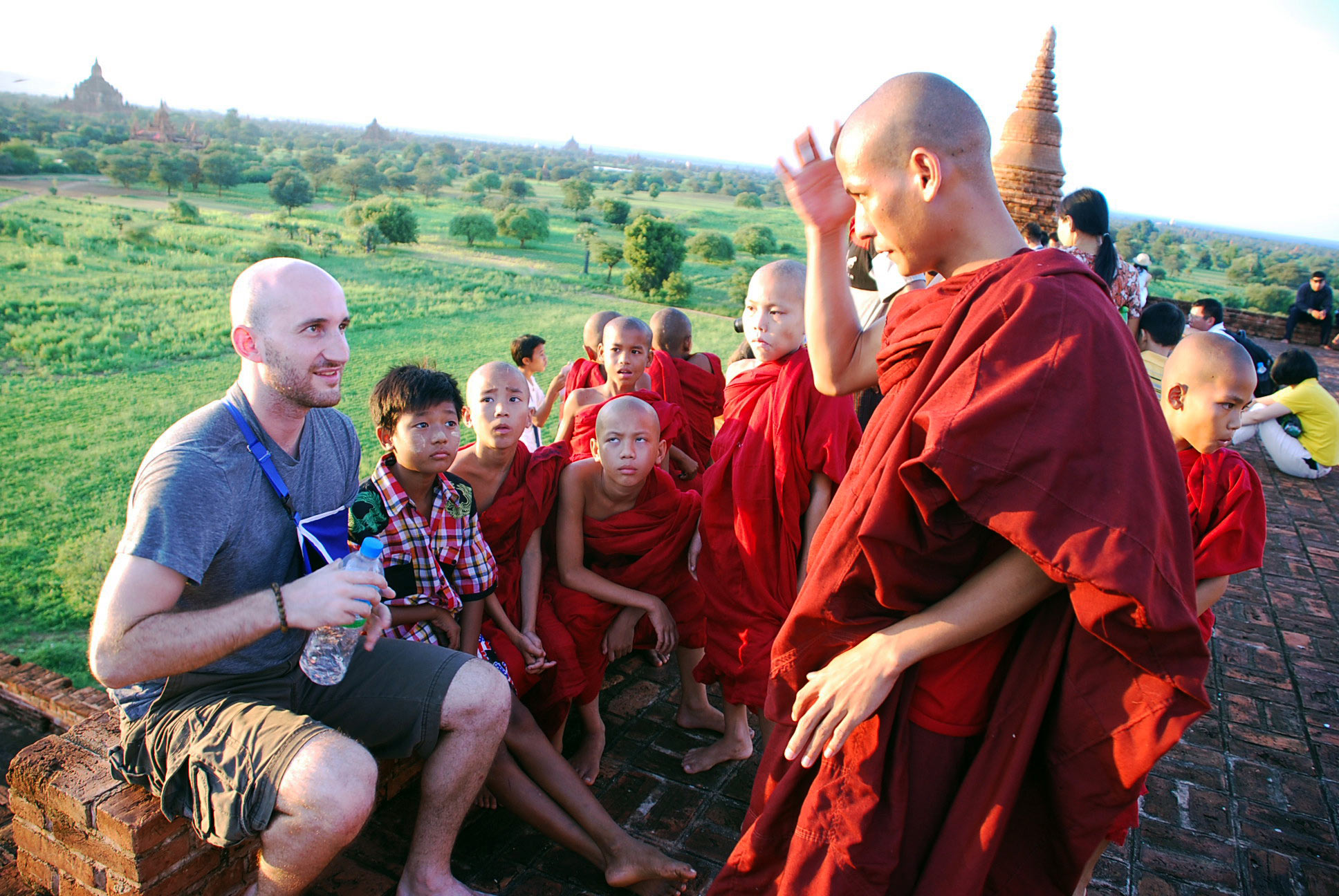 Matt surrounded by a “dangerous gang” of Buddhist monk children.

Matt Mueller cultivated friendships with Epicenter’s co-directors, Maria Sykes and Jack Forniash, during his time with them at Auburn University. Together they endured many grueling late nights in the studio, wild celebrations, and countless other moments of both jubilation and heartache common to all students of architecture. Several months after leaving Auburn University’s Rural Studio, Matt visited Maria and Jack for a short vacation from his office job back in Birmingham, Alabama. Two days after returning home, in the midst of the great recession, Matt quit his steady job and returned to the frontier to be part full time member of Epicenter. 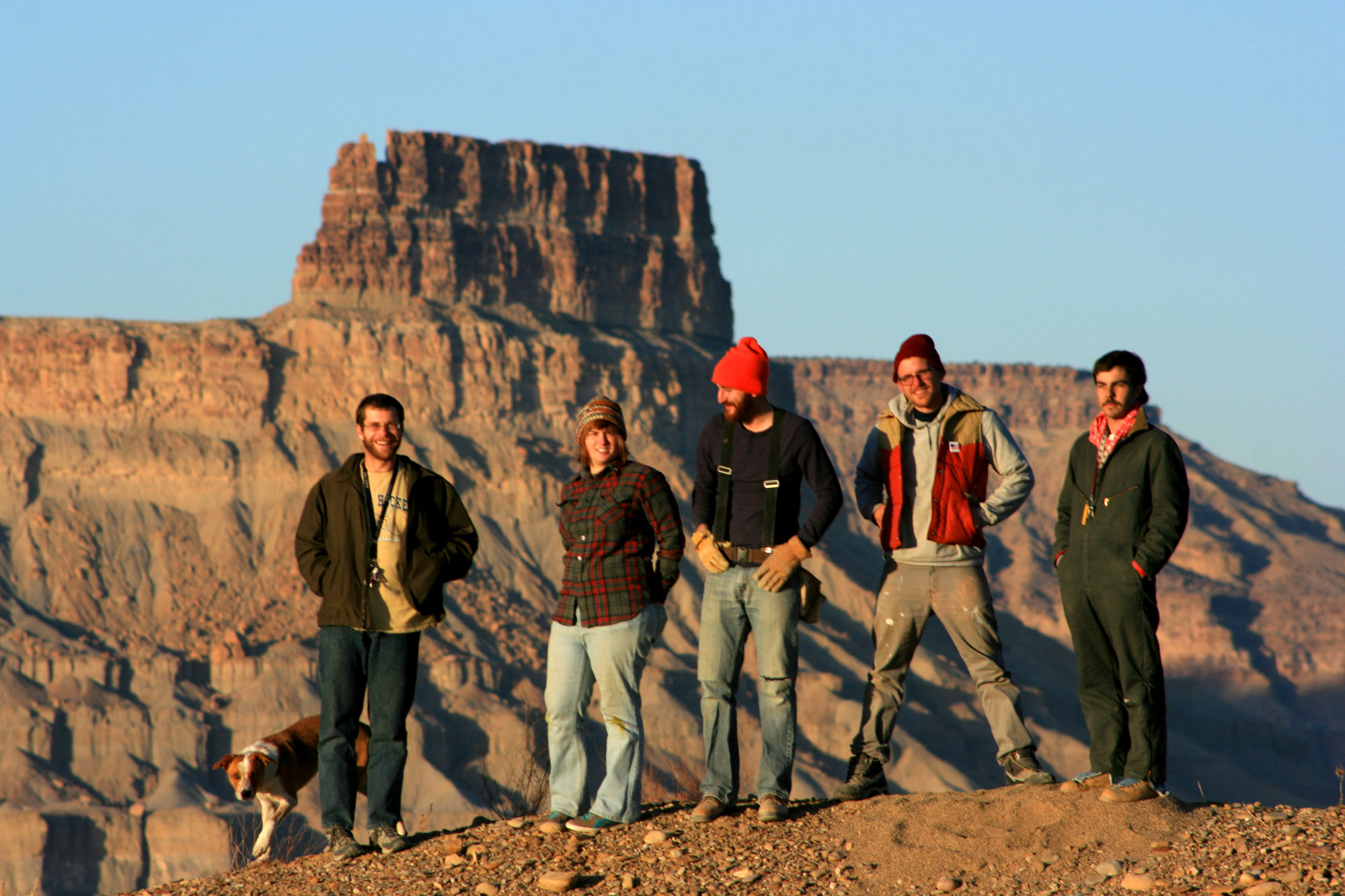 It was an uncertain mix of beauty, freedom, camaraderie, and do-gooding that drew Matt away from the prescribed architectural path and back to the world of social design. He spent about five months (August – December of 2009) living among the melon fields, between the dusty toes of the buttes, helping to co-design the current Epicenter headquarters and collaborating on the renovation efforts. Days were spent swinging hammers with dust covered volunteers. Nights were passed dancing through the desert, or laid out on the hoods of their cars beneath the infinite desert skies. In the grand scheme of things it was a short time, but it further cemented the friendships with Maria and Jack and ultimately played a key role in guiding Matt toward his future endeavors.

Matt was eventually drawn away from the Epicenter by an opportunity to live and work in China. He spent a little over two years grinding out shopping mall plans, and excessively tall office tower elevations to feed the runaway machine of the Chinese economy. Though it was during this time at ATKINS, that Matt was given the opportunity to lead a team of volunteer architects for a social cause. He met Jonathan Hursh at INCLUDED, who was a kindred soul – another bald man from Alabama infatuated with the power of design.

Matt eventually left ATKINS to become the head of INCLUDED.design. INCLUDED is dedicated to creating an inclusive environment for migrant children and their families to achieve their full potential. They do this by strategically building community centers in the heart of migrant neighborhoods that offer holistic education and personal development programs to migrant children and their families. INCLUDED is active in Shanghai, Kathmandu, and Dhaka. Matt has since completed a portable shipping container community center in Shanghai. He is currently collaborating with Balmond Studios, to create portable community center model for Katmandu, Nepal, and working on an exhibit that offers a narrative journey through the life of a migrant. The exhibit is set to take place in the heart of Beijing from May 10 – May 18. Over the coming years he is dedicated to building out a design platform that brings innovation, dignity, and much needed attention to the migrants slums of the developing world. 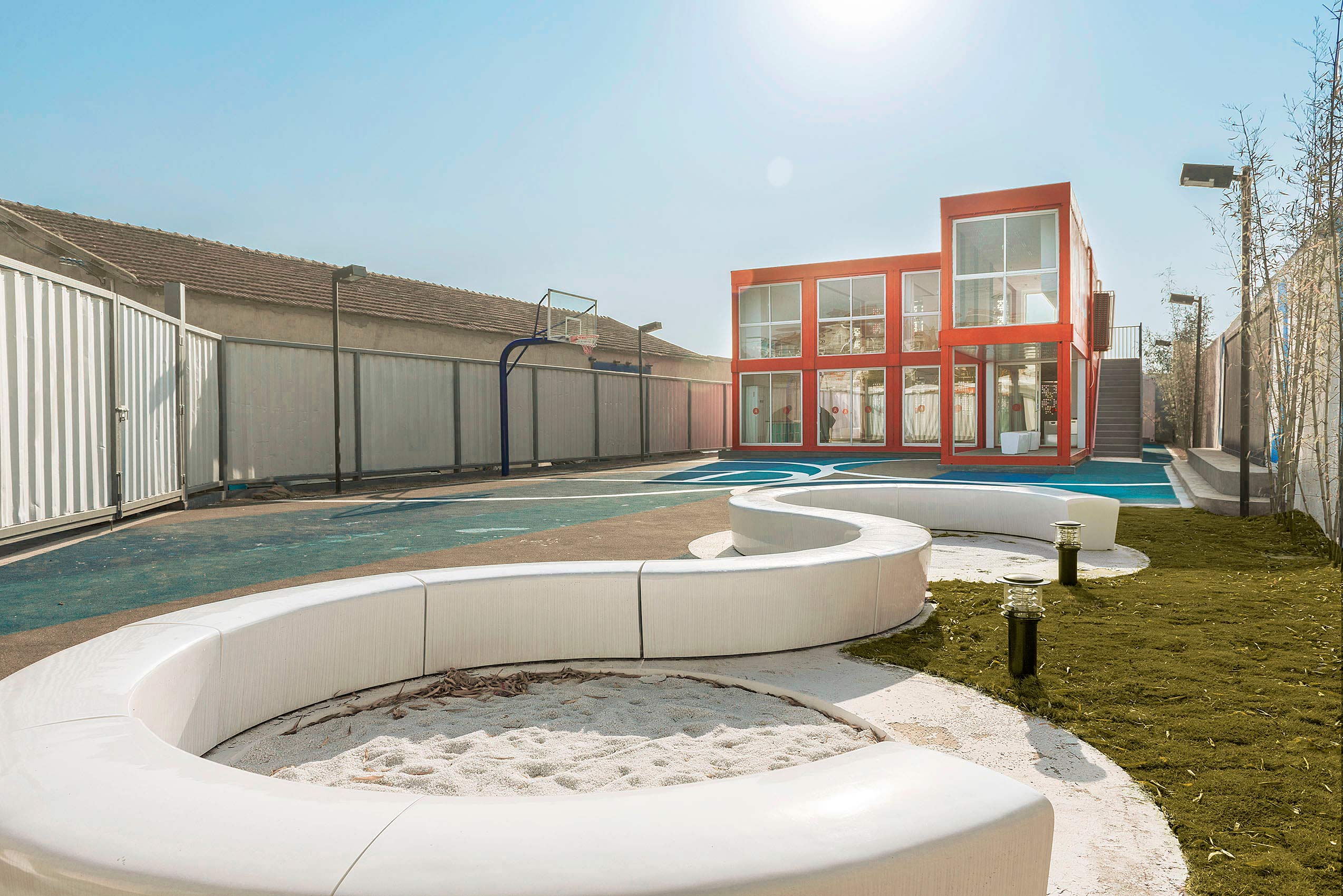 The Shanghai Gucun Migrant Community Center is made from 10 stacked shipping containers. It can be disassembled and transported if necessary. 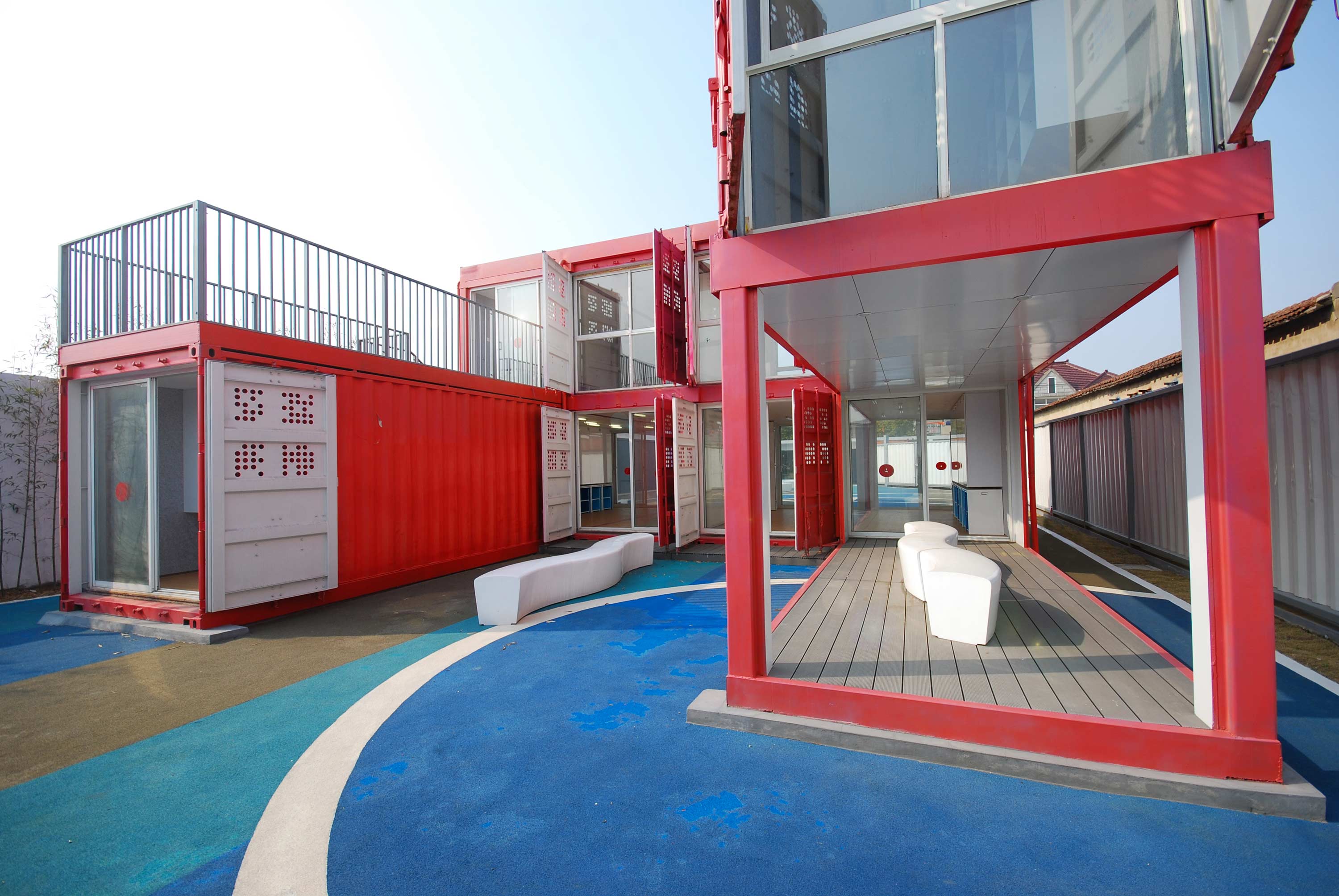 The shipping container doors were left in tact and drilled with small holes. In summer, the doors can be closed to keep the classrooms cool and still allow light to penetrate the interior. 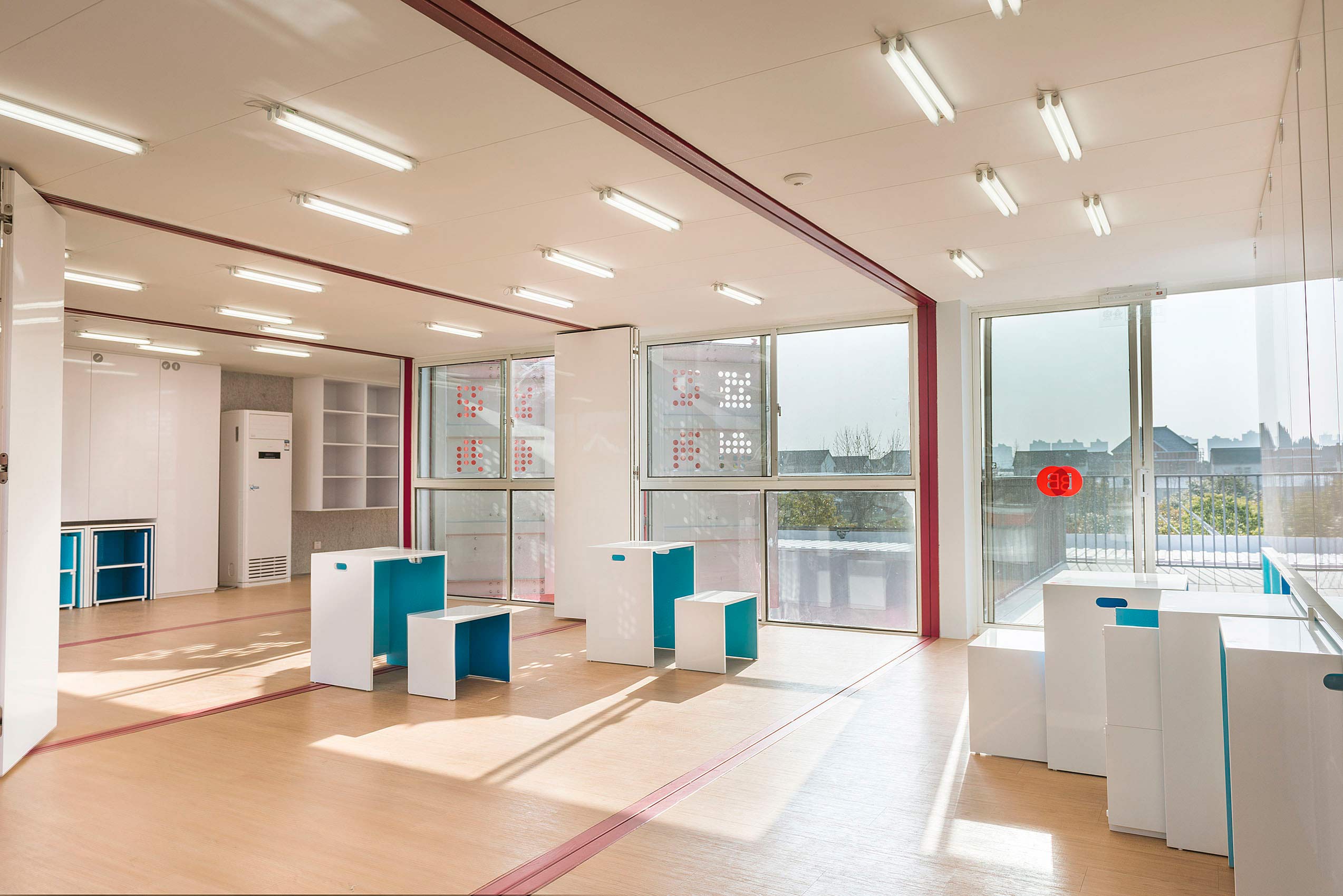 Custom furniture can easily be stored under the whiteboard cabinets, and classrooms can be divided with sliding walls. The goal was to make the space flexible to accommodate many different programs.

Matt often recalls his time at the Epicenter, and points to it as one of the defining periods of his life. He was reminded of the strong bonds of friendship and community that Epicenter creates when he visited again for Epicenter’s Friendsgiving celebrations in November 2013. He hopes to continue living by the principals that he learned at Rural Studio and Epicenter, and utilize design as tool for positive social change.

If you are interested in Matt’s work, visit INCLUDED’s website or Facebook page or email Matt. They’re also looking for donations for their upcoming “Migrant Lives” shipping container exhibit. Please help them spread the word and donate here. Even the smallest amount will help their efforts.