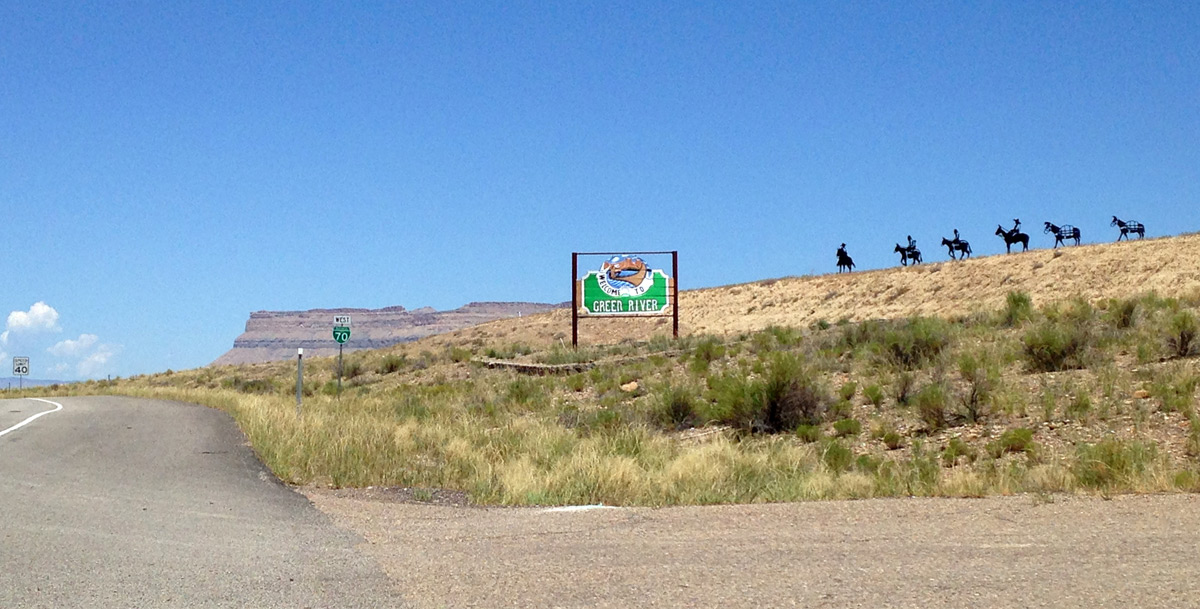 Most heavily used in the mid-1800s, the 1,200-mile-long Old Spanish Trail connected Santa Fe to Los Angeles, providing a trade route for woven Native American wares from New Mexico and horses and mules from California. The route also hosted an extensive slave trade; native women and children were forced to become domestic servants for ranchers in New Mexico and California.

The Main Route of the Trail entered Utah south of the La Sal Mountains, crossed the Colorado River near Moab, and then crossed the Green River where the town of Green River exists today. This spot provided the safest crossing along the Green, which winds through the Book Cliffs to the north and joins with the Colorado in the Canyonlands to the south. The Old Spanish Trail became the first significant established throughway in Green River, followed by the railroad in the 1880s, the Midland Trail (US Route 6) in the 1910s, and eventually Interstate 70 in the 1970s. 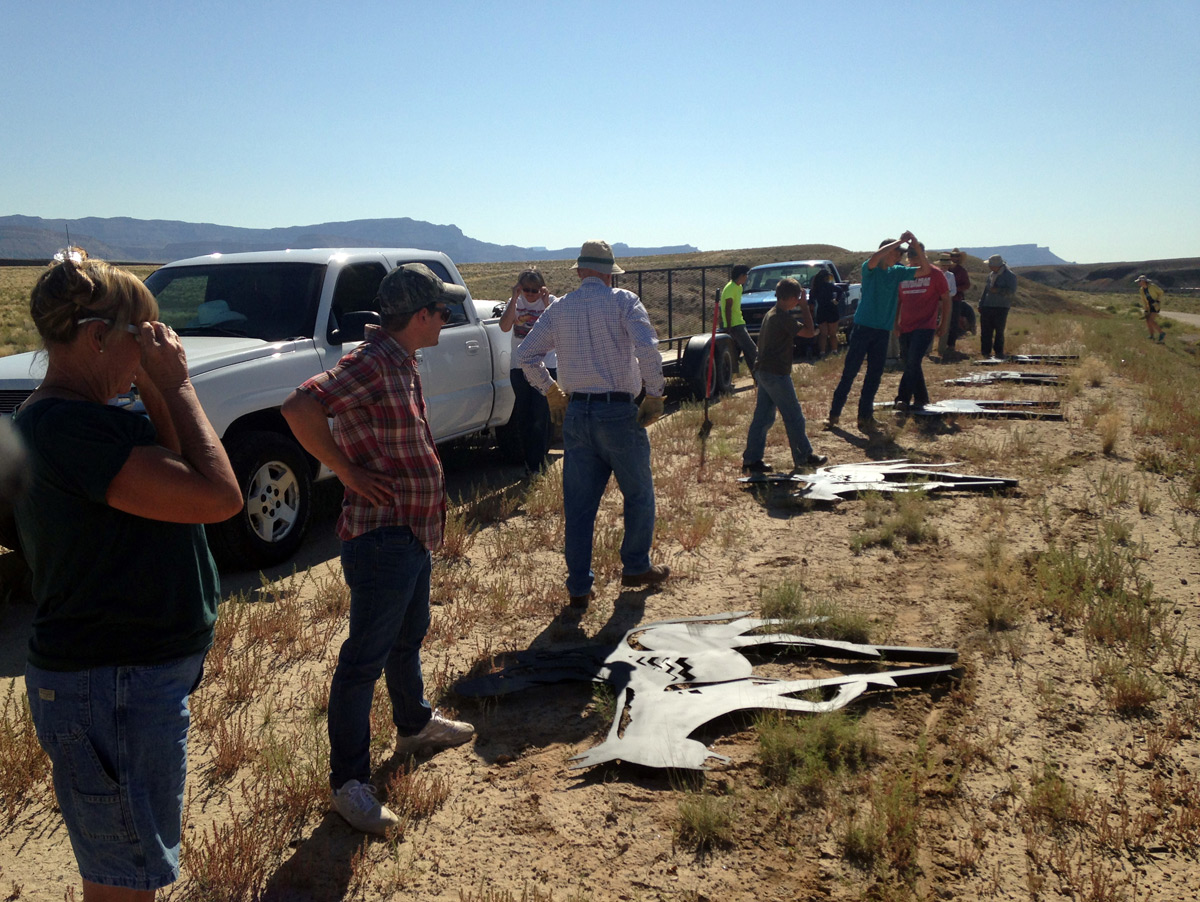 A new set of six mule-and-rider silhouettes commemorating the Trail greets visitors taking the eastern exit of I-70 into town. Designed and created by Eldon Holmes, a regional artist from Cleveland, UT, the silhouettes were sponsored by the Emery County Historic Preservation Commission, the Old Spanish Trail Association, and the City of Green River. They were installed by Epicenter with the help of an Outward Bound group this summer.

Though the silhouettes create a charming tableau for drivers along Main Street and commemorate an important part of Green River’s rich history, they also don’t sugar-coat that history. Rather than simply depicting merchants and mules packed with goods bound for California, the silhouettes represent captured Native Americans on their way to be sold into slavery. In this way the silhouettes balance the beauty and harsh truth found in the history of Green River and the West. The Trail’s story depends upon as much cruelty and injustice as it does pioneering spirit. The Old Spanish Trail silhouettes are both a beautiful encapsulation of the significant historical importance of the Trail and a reminder of its moral and ethical shortcomings. 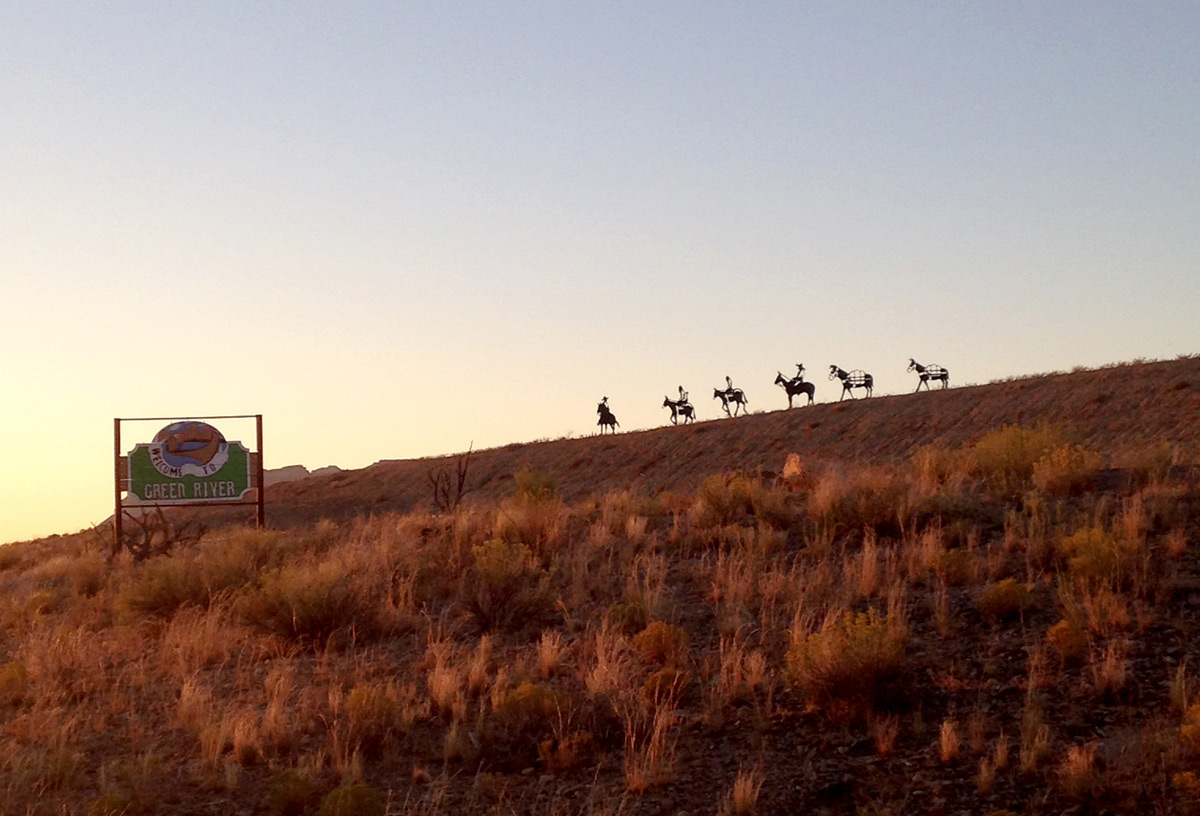