Back in November 2010, we created an infographic to figure out why, at that time, Green River’s median age was 28.8, yet our similarly-aged peer group seemed to be few and far between. (By “median age,” the Census Bureau means that half the people are now older and half younger than the age figure.) What we found out through a visual graphic of the data was that although our senior citizen and adult populations seemed close to average, Green River had an anomaly of a high percentage of youth under age 19. 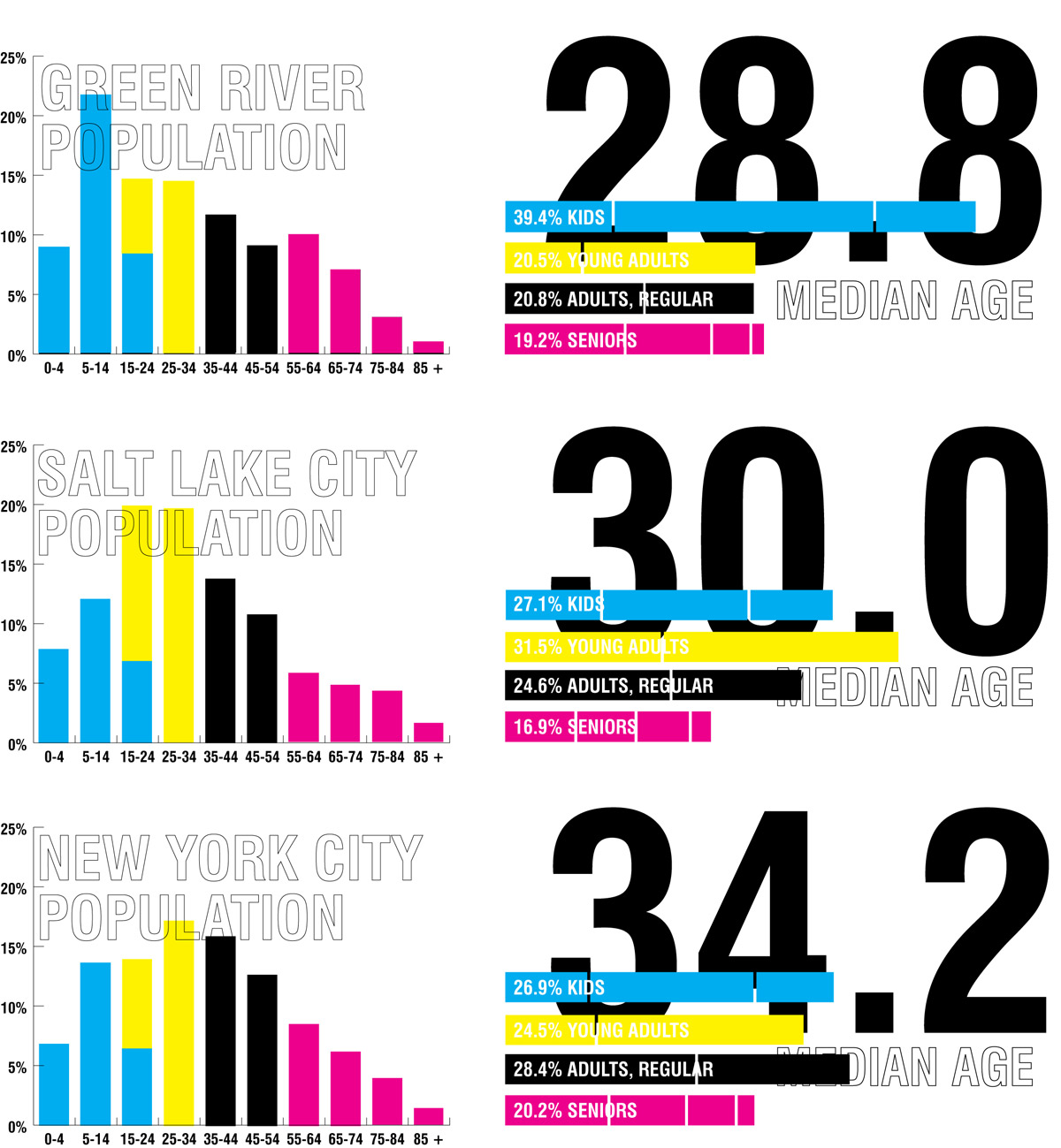 Population infographic based on 2000 US Census

With the 2010 Census now published, we have updated our infographic. Our population has aged 5.2 years. This is significant. To explain, if no one was born or died in Green River between censuses, the population would age 10 years. We aged 5.2. This means we’re getting older as a population, fast. Does that mean we have less children? Or more seniors? Or is this a general national trend?

It turns out it’s all three. 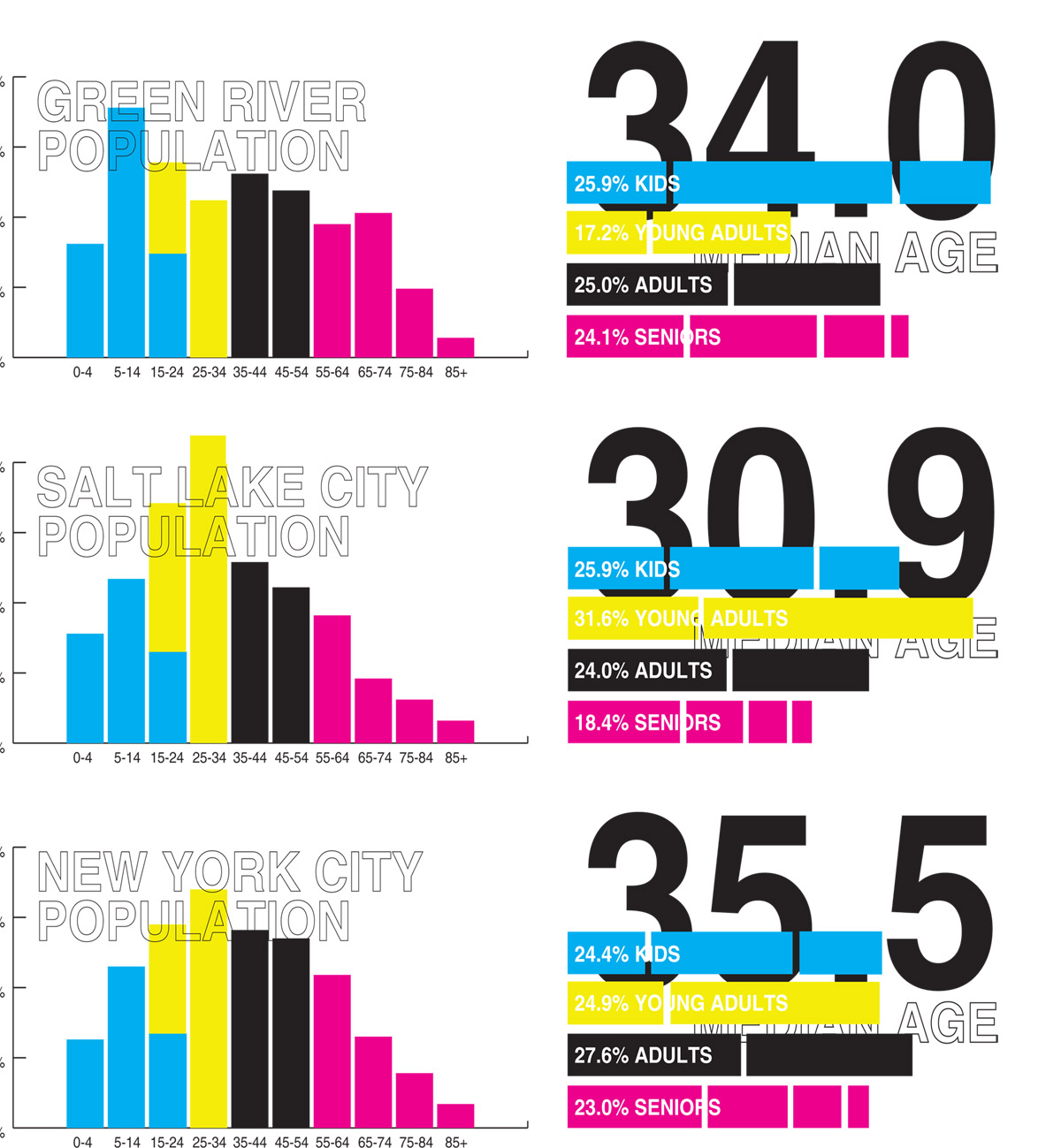 Population infographic based on the new 2010 US Census

From our comparatives of New York and Salt Lake City, their population also aged about 3% each. So did the US population, from a median age of 35.3 in 2000 to 37.2 in 2010 (5% increase). Interestingly, this represents the highest median age in US history. Still, Green River outpaces the US and our comparatives, aging at an astonishing 15.3% increase.

Comparatively, SLC and NYC both show a youth population slight decrease, remained steady on young adults and adults, and aged in the senior population 1-3%.

In summary, Green River follows and even magnifies the national trend in the aging of our population. The 15.3% increase in our cumulative age should be of significant consideration by our policy makers, community leaders, funders, and employers. How do we respond to this fast-paced trend? How does this affect schools, housing, and the local economy in a town where small ripples result in tangible, identifiable impacts? How do we combat (or do we at all?) stagnant population growth and the erosion of the young adult population typical to rural places?

Look up your own town’s population data via the American FactFinder.

Note: For the purposes of including the larger Green River area, census information was pulled for the entire “84525” ZIP code, not just “Green River city” proper.