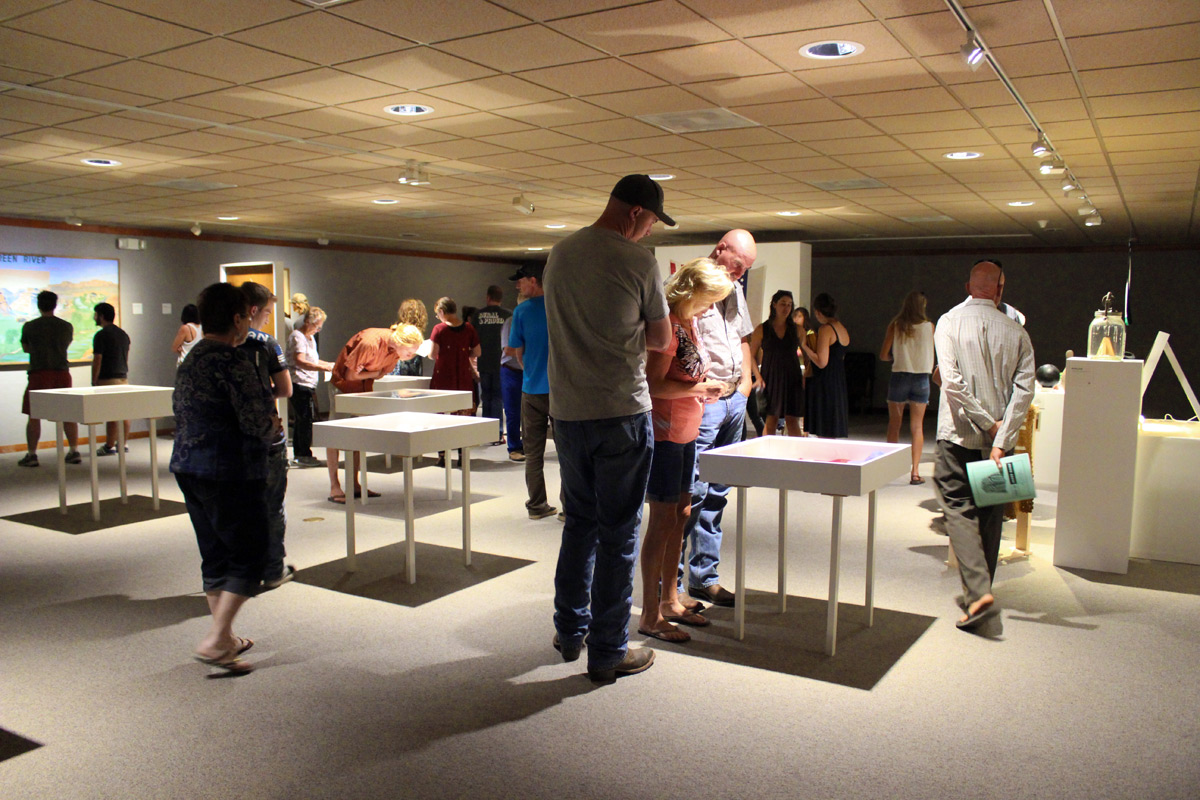 “THIS IS GREEN RIVER” EXHIBIT
“This Is Green River” is a collection of stories about the town of Green River; personal stories, public stories, and historical stories, each one connected to the objects and photos displayed in the art gallery of the John Wesley Powell River History Museum in Green River, Utah, from June – October of 2015. The objects have been lent by the people of the town and help us to create a physical history of Green River, tracing its history through the years. Collectively this exhibit tells the stories of these different times through the memories of the people that lived through them and objects that they have collected.

Objects have an important role in our lives. We buy, borrow, find, and give objects, but more importantly, we keep and treasure them. Every object has a story—about the person who first owned it, the place it came from, or a specific moment in time. Furniture and household objects can tell stories of migration and people starting new lives and families. Clothing or equipment can remind us of an old workplace or a famous sporting victory (or perhaps a heroic defeat). We find it hard to throw things away because we become emotionally attached to them; sentimentality is usually stronger than logic.

This sentimentality surrounds us in our homes, family photographs, souvenirs, gifts and the bricolage of everyday life. Our favorite personal possessions are invaluable for these memories, rather than for any recognized monetary worth. Objects matter because they connect us to the past and to people no longer with us. Collectively they are the physical world we inhabit and they are means by which we communicate, exchange, and store our society.

GREEN RIVER, UTAH
People travelling through Utah on Interstate 70 might not realize it, but the town of Green River is a remarkable place. In many ways the history of the town parallels the history of the American West. It is a strong community where families have worked hard to build a life in the desert landscape. Today, an agricultural base and a thriving tourist industry keep the town alive, but there are many layers of history—especially recent history—that are often overlooked. Green River is more than just motels and melons.

This Is Green River aims to give visitors a better understanding of Green River, encouraging them to look closer at the town, maybe stay a little longer, or visit again. This project also aims to acknowledge the big role that local people have played in making this special desert town a wonderful place to live. This Is Green River brings together the voices of the community to share their stories from the past, present, and possibly the future of the town.

Green River has experienced many different economic eras. In the years following the river expeditions of John Wesley Powell, the Denver and Rio Grande railroad was built and completed in 1883. The first fruit crops were grown at the beginning of the twentieth century, leading to the melon farms that are still here today. Uranium mining arrived during the 1950s, followed by the Green River Launch Complex a decade later. These diverse industries brought new workers and their families to Green River, helping the town to grow and the infrastructure develop.

Traditions from the formative years of Green River have helped shape events from the recent past. The annual Friendship Cruise, a boating caravan that drew over 700 boats in its heyday, showcased the unmatched river landscapes that John Wesley Powell and his intrepid crew explored over 100 years previously. The community Trail Ride followed the journey of local mailman Cornelius Ekker, recreating his regular sixty-three mile delivery route from Green River to Hanksville during the last years of the nineteenth century.

Community events like the Friendship Cruise and the Trail Ride keep Green River residents connected to their predecessors. Like mailman Ekker, there are many names from the past that have helped shape the town—characters such as Pearl Baker. But there are many equally important but less well-known people, unsung heroes, who have contributed tirelessly to the community.

THE EXHIBIT OPENING EVENT
The “This Is Green River” exhibit and short film debuted at the John Wesley Powell River History Museum on June 20, 2015 to an audience of over seventy-five local residents and visitors. Below are a few photos from the opening. 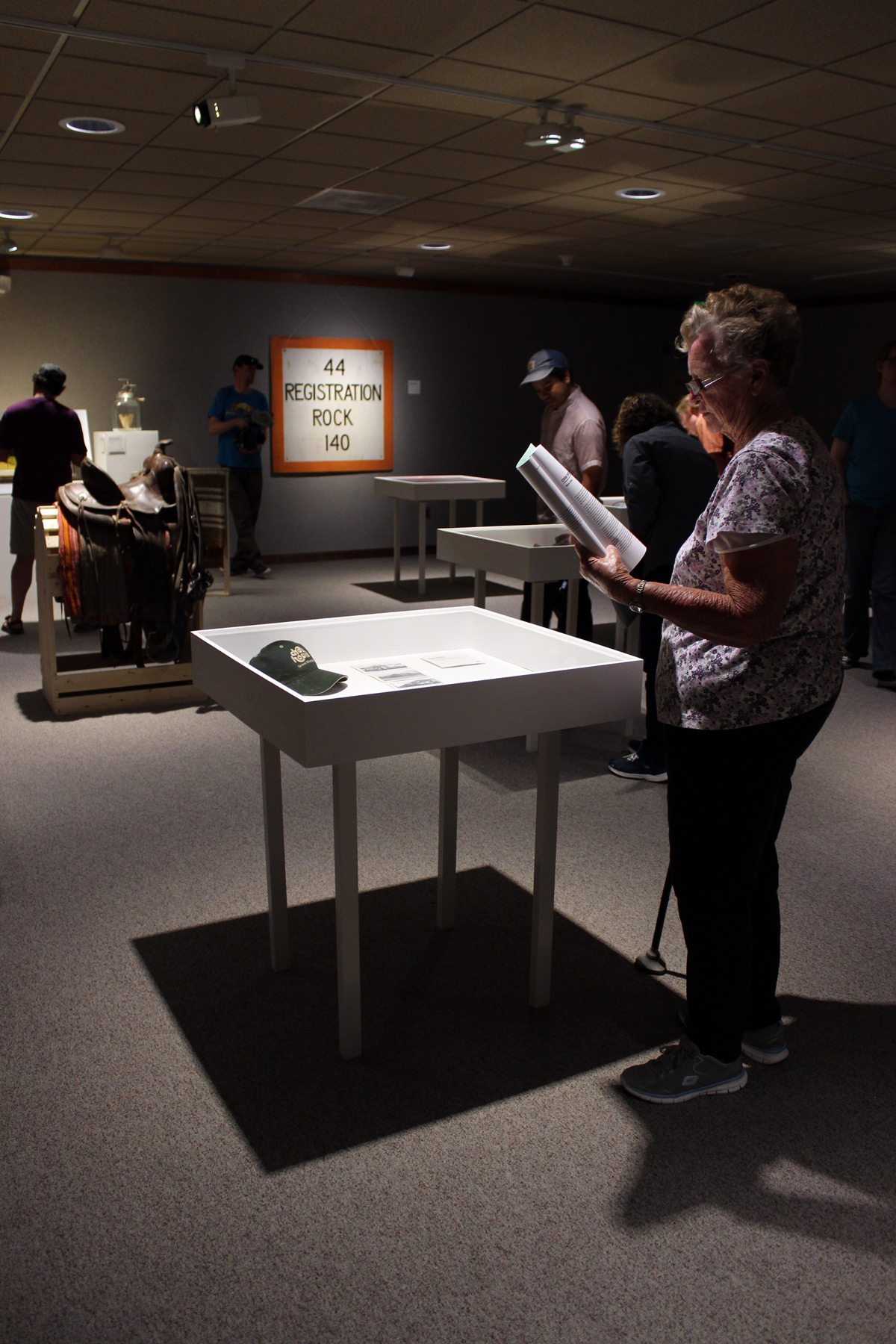 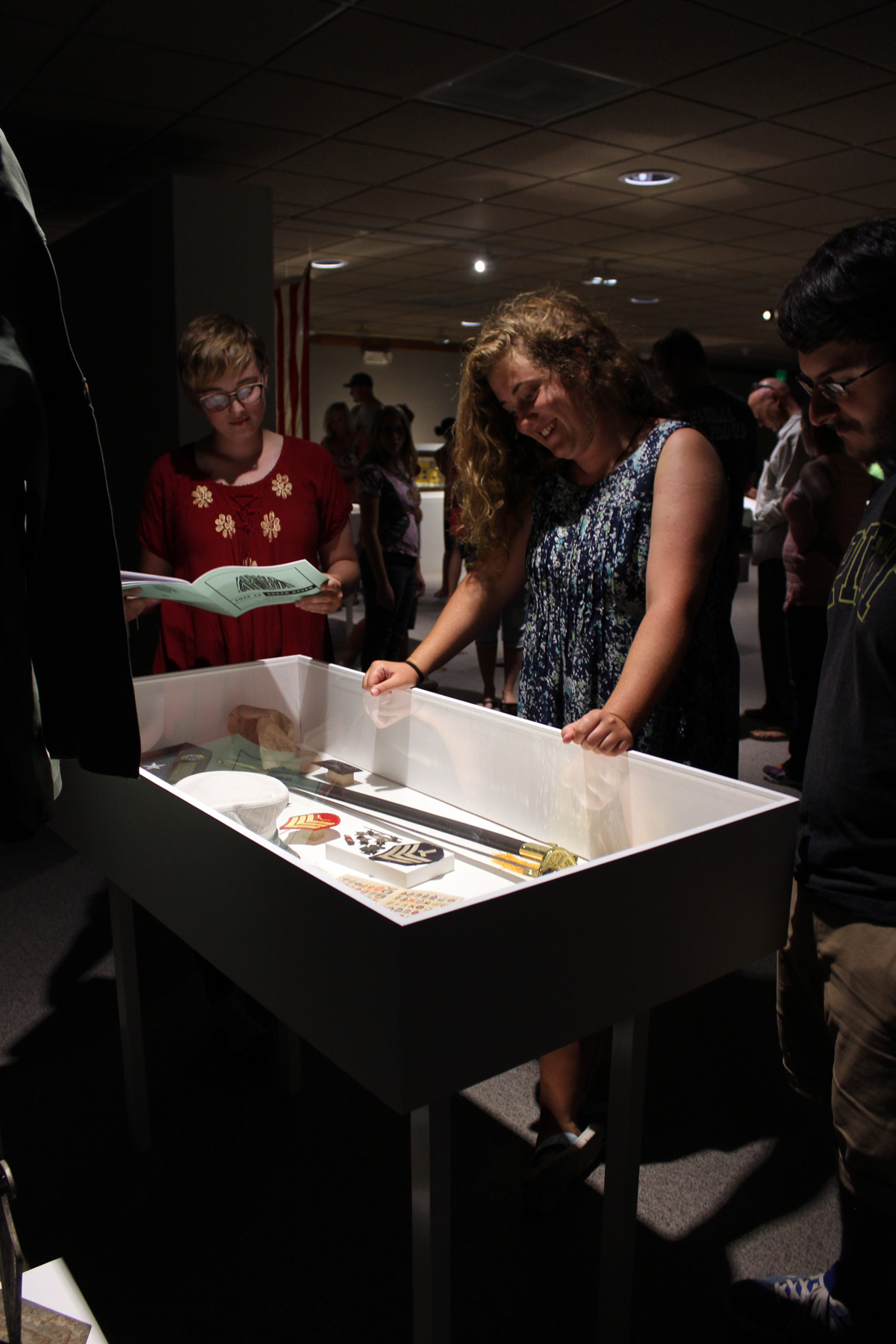 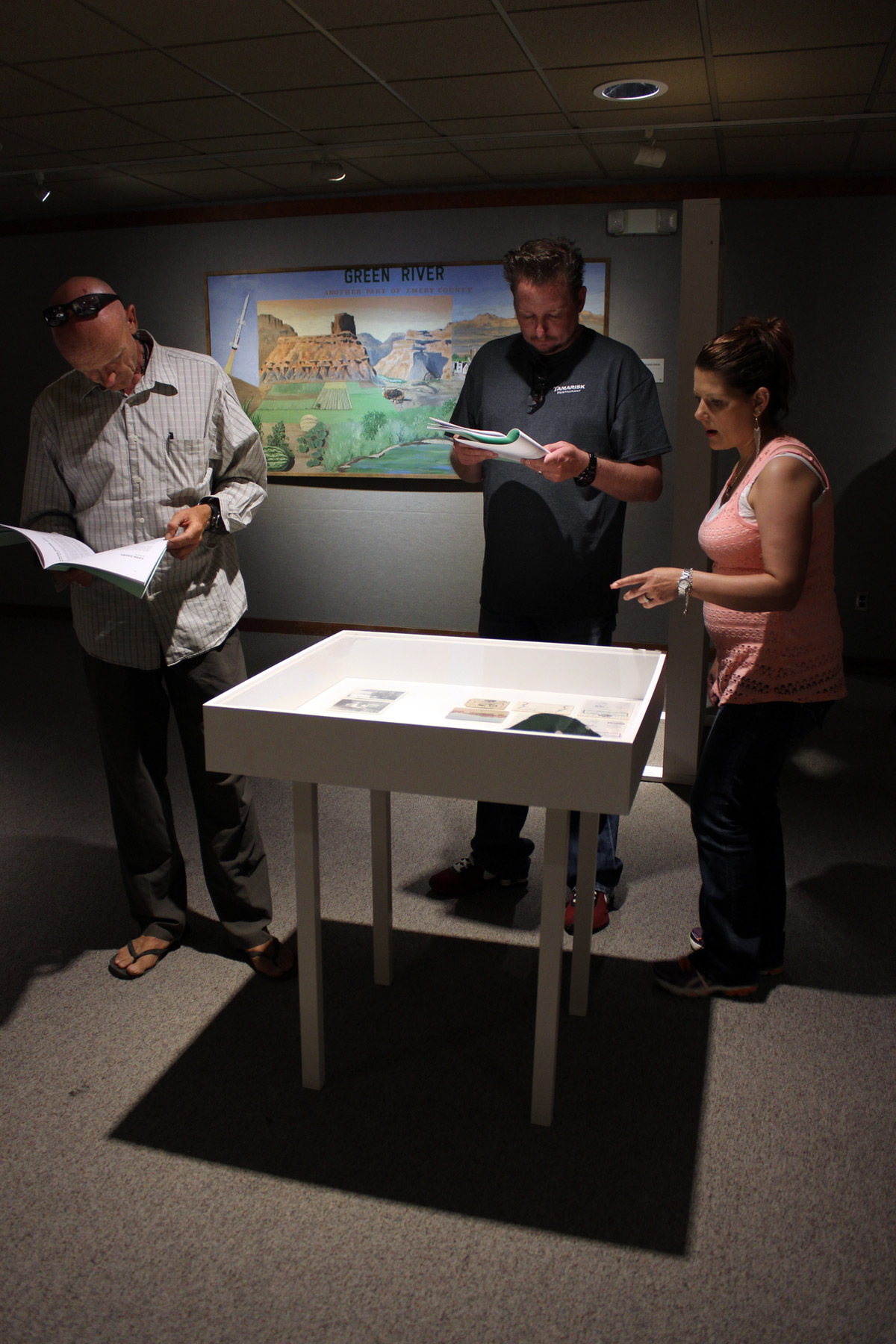 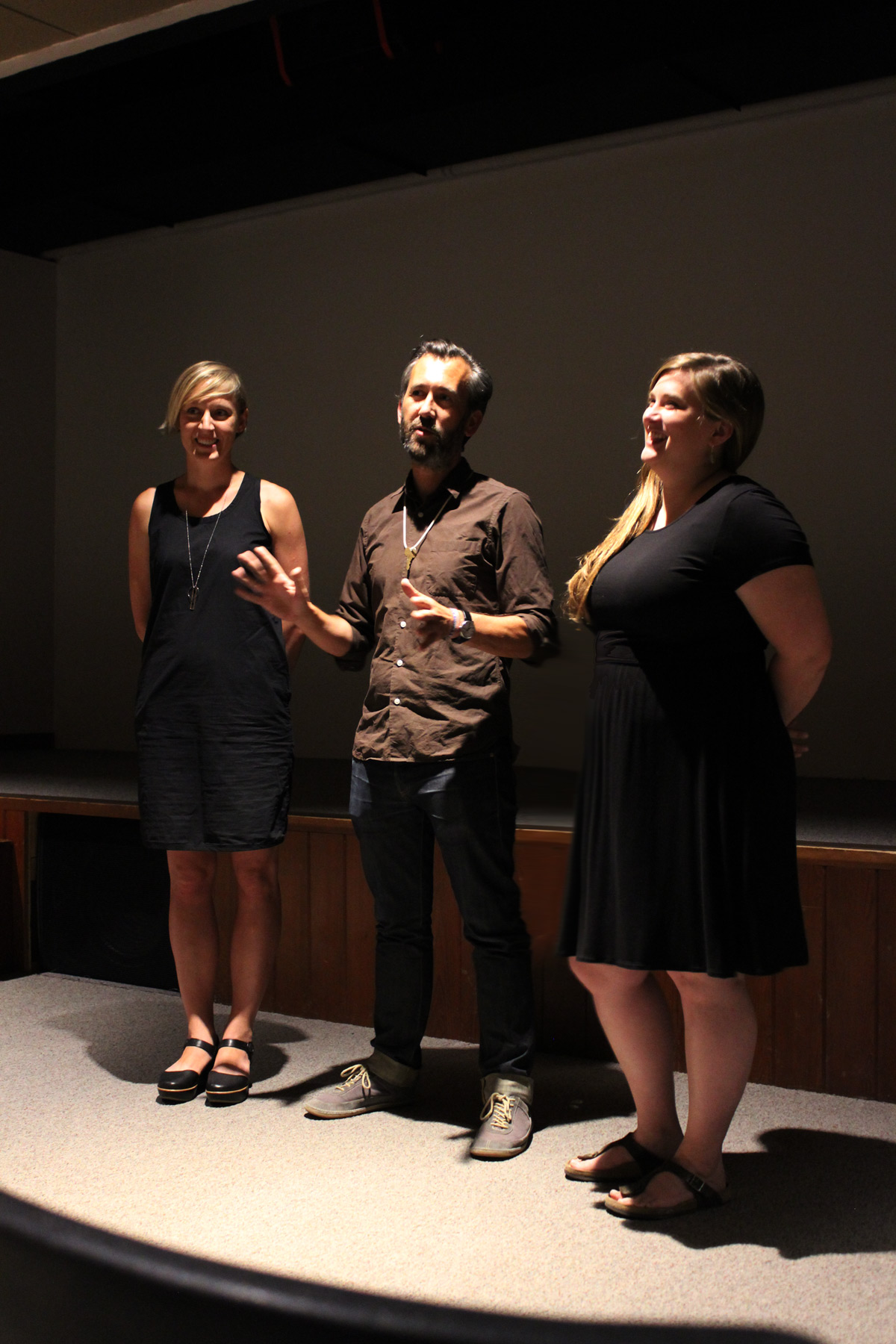