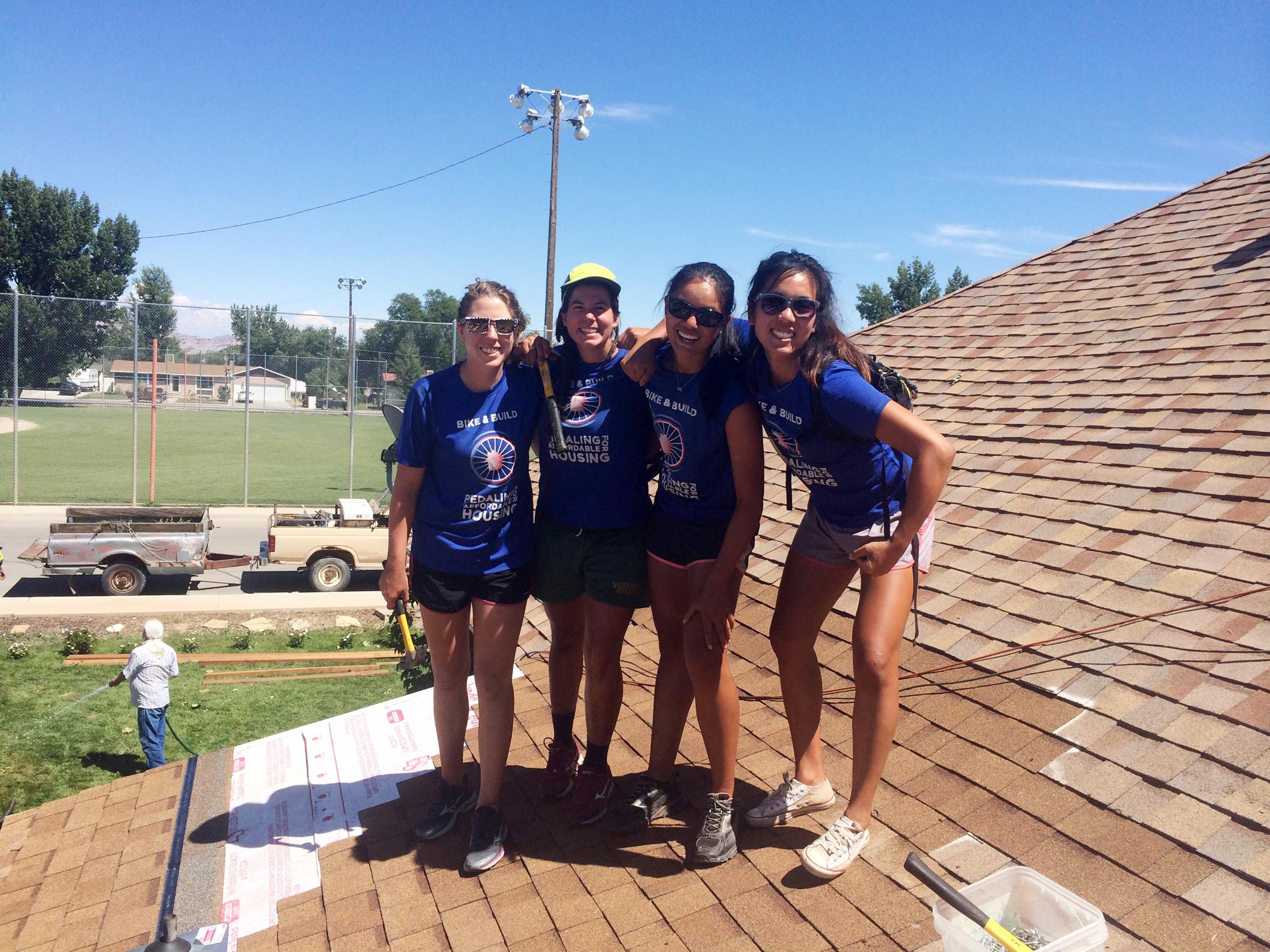 On August 6-8, the Epicenter was visited by Bike & Build, a group of 31 young adults biking across the country from Providence, Rhode Island, to Half Moon Bay, California. The group stopped for a build day, one of only thirteen on this route, in Green River to work on three Fix It First projects, two Habitat for Humanity A Brush With Kindness projects, and the Epicenter building itself. The Epicenter crew was very excited to get so much work done in such a small amount of time.

The night before the build day, after a family-style meal, Green River town tour, and Bike & Build’s own presentation, Epicenter introduced all of the projects and split the group up into four teams.

The first team worked with Fix It First staff (Steph Crabtree and Armando Rios) on two home repair projects. On one of these projects, the group was split into smaller teams to work on replacing a window, patching a leaky roof, and building a larger front entry with handrails and a larger walking surface when entering the home. In the morning, the roof team left for an hour for an additional project, helping a local senior citizen keep her yard to the city’s code by removing weeds and trimming back some large bushes.

The second team worked with our Habitat for Humanity summer intern, Ellise Gallagher, on one A Brush With Kindness project and one Fix It First/Habitat for Humanity collaboration. In the morning this group of six Bike and Builders traveled across the river to Elgin to work on one project. This project was to recoat the roof of a trailer home, re-structure the porch awning to be more stable, and install rolled roofing over the awning to stop any future leaks above the homeowner’s front door. All of that was completed in the morning, after lunch the group traveled near the foot of the Book Cliffs to work on their second project, helping a senior citizen couple clear their yard of weeds; with all of the rain Green River has been seeing lately, some of the weeds were more than six feet tall! At a later date, Fix It First will revisit this couple’s home to cover exposed wire and plumbing. 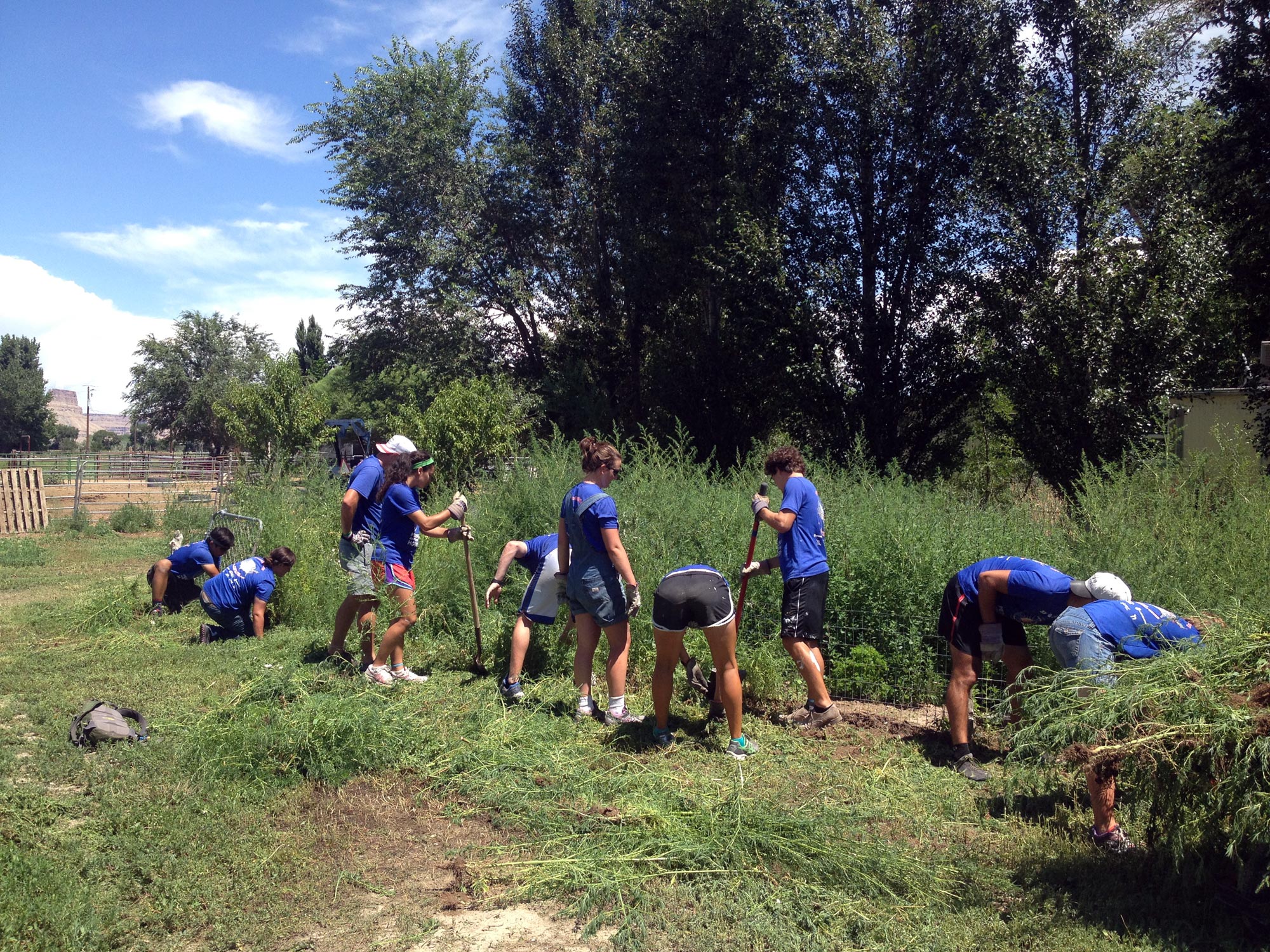 Team three consisted of four Bike & Builder’s and our new Habitat for Humanity staff member, Jeff Adams. Their project was to recoat the roof of a trailer home that was in dire need of repair. This group’s efforts will ensure that the roof will not leak and the homeowner will live in a safe, dry place. After the group completed their work they traveled to other sites to lend a helping hand. 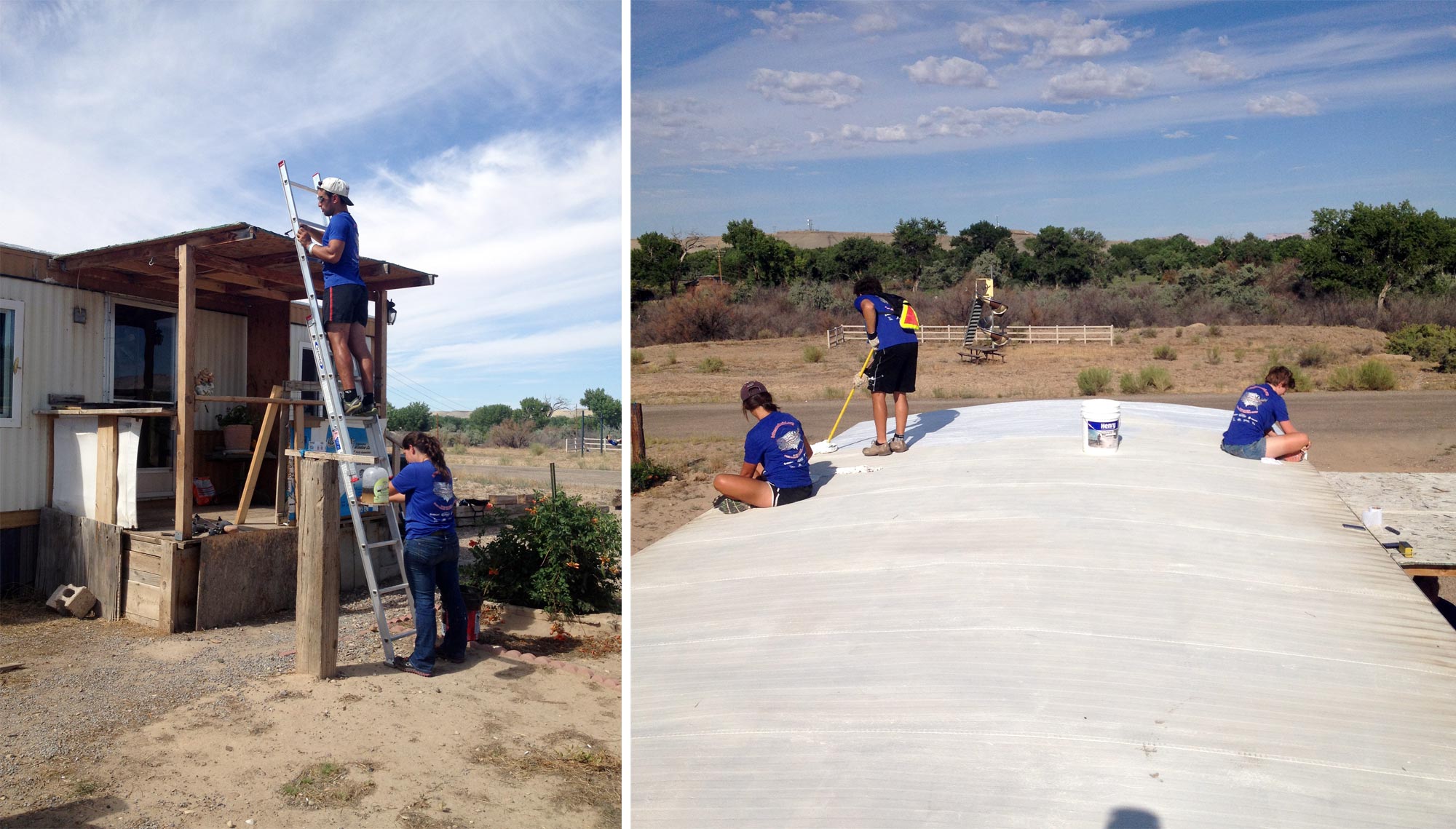 Team four worked on the Epicenter building. The cornice on the building had begun sagging and it was their mission to make needed repairs to improve its durability. Epicenter summer intern, Evan Rimoldi, led six Bike & Builders in this task, which included adding tie-backs to brace against the wind, which had caused the damage over the years.

A huge thanks goes out to Bike & Build for their hard work in our small town!! The impact of this group over the years has been enormous and without our initial $10,000 grant in November 2012 from Bike & Build to start Fix It First we would have not been able to complete 23 separate critical home repair projects to date.