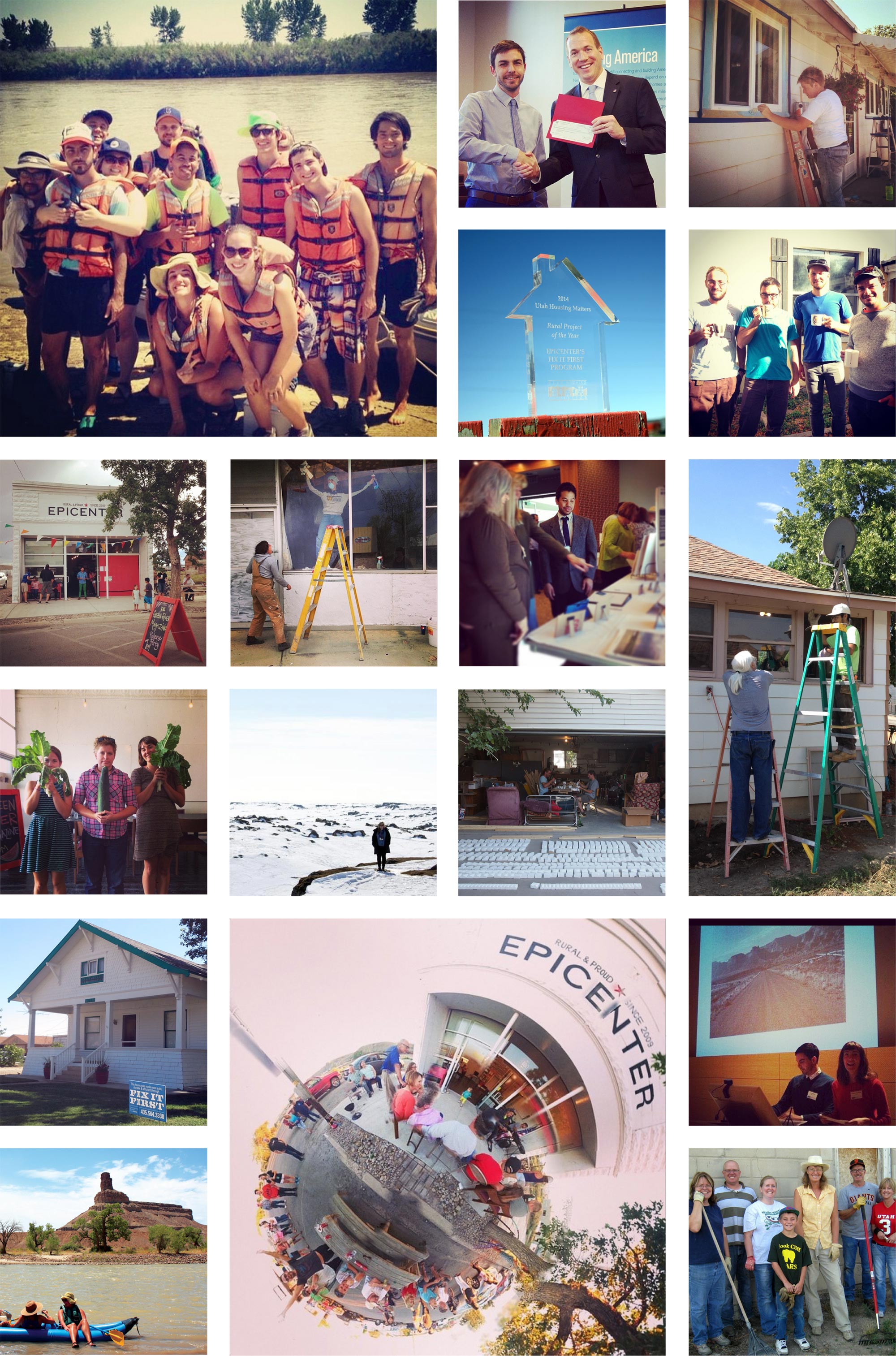 2014 SUMMARY OF EPICENTER
Epicenter is truly maturing as we enter our sixth year of operations! Jack Forinash, Maria Sykes, and Chris Lezama (principals) remain dedicated to Green River, Armando Rios and Steph Crabtree stayed on board as Housing Specialists, Orion Stand-Gravois and Mirna Escalante joined the crew as a economic development VISTA and as a social services case manger respectively. We were honored to host Ryann Savino as a community development VISTA, Ellise Gallagher and Evan Rimoldi as architecture interns, and Jeff Adams as a Habitat for Humanity AmeriCorps member. We continue to host Frontier Fellows who serve the community through all-ages workshops. We facilitated over twenty local economic development meetings through the Potluck and WealthWorks groups. Our biggest recent accomplishments include receiving the Rural Project of the Year Award from the Utah Housing Coalition, hosting our first literary event, starting a local beautification committee, and presenting on the work of Epicenter as far as Iceland.

Affordable Housing: Fix It First
Fix It First (FIF) is Epicenter’s award winning home repair program for elderly and income-qualified homeowners. In 2014, FIF hosted volunteer groups from the Evangelical Lutheran Churches of America, Outward Bound, and Bike & Build, a total of 73 unique volunteers contributing 676 hours. Those volunteers, along with our summer intern Evan Rimoldi, helped complete 13 repairs on 10 different homes. In providing these solutions, Epicenter invested $11,134 into the local economy, along with 1027 staff hours in 2014 alone. We’re proud to report Fix It First was named “Rural Project of the Year” by the Utah Housing Coalition.

Economic Development: The Green River Trails System
Epicenter has been working with the National Park Service and the City of Green River to develop regional non-motorized trails. Since October 2013, a local trails committee has been formed with 8 committee meetings held, funding for planning has been secured, trails are on the ground at Monument Hill, and benches built by students from the University of Utah have been placed along future trails. The resulting Trails Opportunity Plan, outlining a vision, goals, maps, and trail standards, was adopted by City Council in January 2015. And underway already is the development of 23 miles of mountain biking trails in Tusher Wash and Coal Canyon with a completion date possible for fall 2015.

Arts & Culture: The Frontier Fellowship
Epicenter hosts artists-in-residence from around the globe through our Frontier Fellowship program. Fellows are creative professionals who immerse themselves in Green River for four weeks. In 2014, we celebrated the fourth year of the Frontier Fellowship, the 40th Fellow, and the production of a major community-powered publication, the Green River Magazine. The magazine captured the unique character of our town, and is the second publication created in partnership with returning Fellows, Nicole Lavelle and Sarah Baugh. This year, Fellows facilitated 13 creative workshops with 137 participants (79 unique/new participants) ages 5-85. 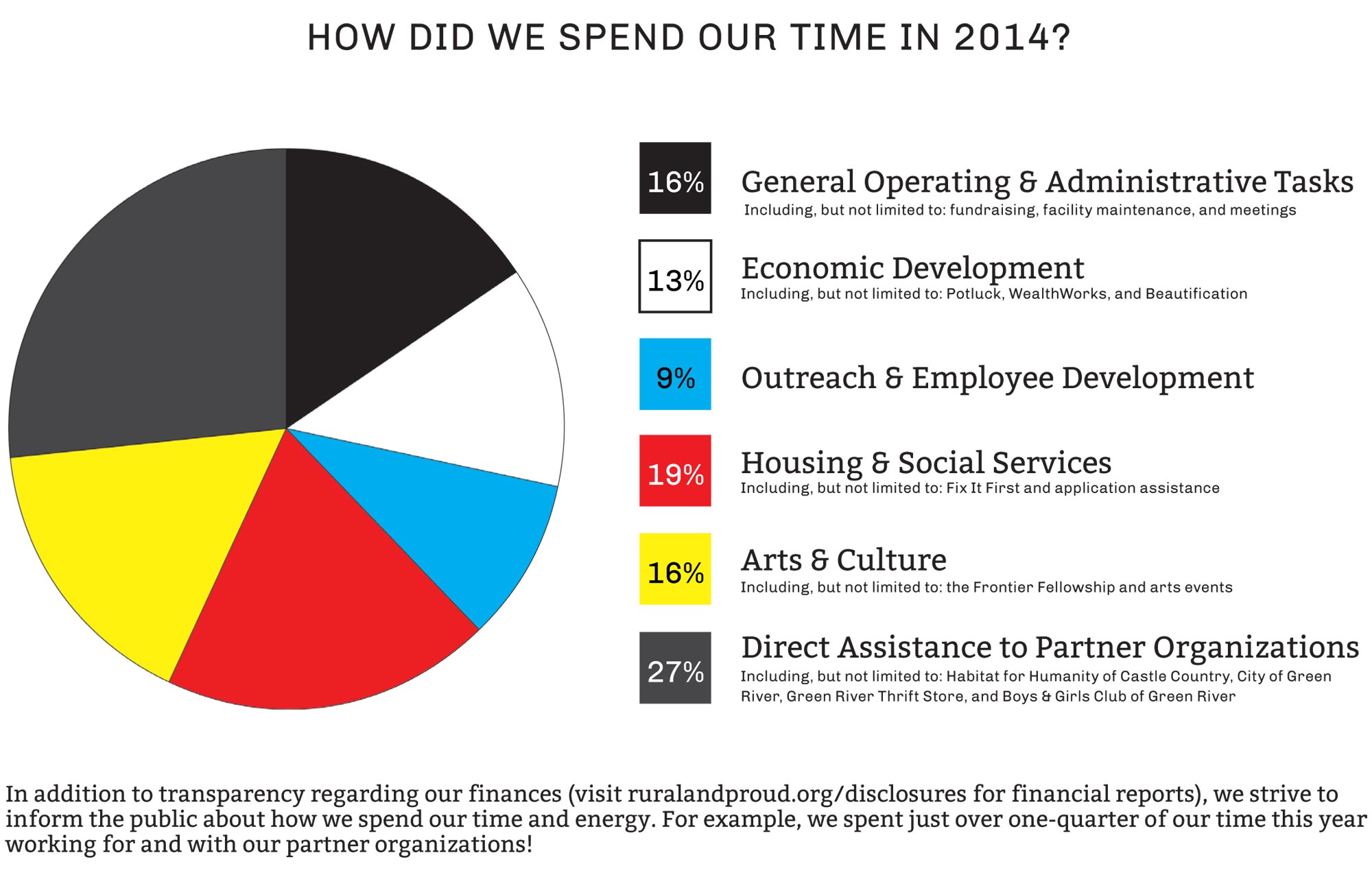 This year, we’re asking you, our supporters, to make a financial donation to Epicenter go here, and follow our progress at on Facebook throughout 2015. Thank you!